I received a call from a client who wanted his television checked by a technician.

It was within the estate, so using the direction he gave I was able to locate the place effortlessly. 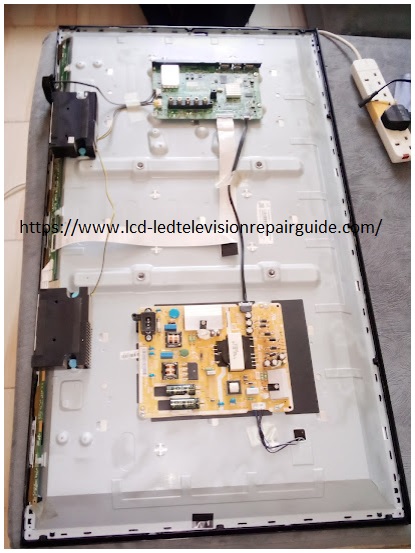 I opened the television and did scanning on both power and main board and could not see any suspect’s area or component.

I pulled my meter and tested the main fuse and to my surprise I found it okay.

With that I now decided to do proper troubleshooting, first let me point out here that dead symptoms in television(LCD-LED) can be caused by power supply failure or main board failure. You can learn more how to isolate which board is causing dead symptoms by reading this book.

From my analysis I concluded the problem was on the power  board and therefore begin doing sample testing on components especially for short.

So I begin testing output component like diodes and transistors which failure rate is quite high.

Testing for shorted components in circuit is okay but if you find a beep, it is always important to solder one pin out of the circuit to confirm the actual culprit.

As I continued testing secondary output components I got a beep across a diode and I wanted to be sure if indeed it’s a beep on just low capacitor resistance reading before charging.

In my case the beep continued and this put a smile on my face, this could be the culprit.

I soldered the two diodes that had beep out of the circuit and found one was dead short. 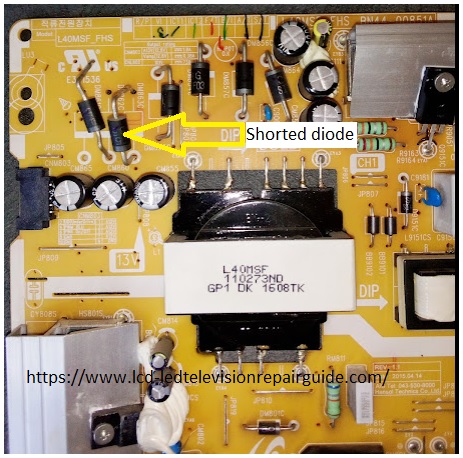 Since I was working on site I had to go back to my shop because I did not have this diode (FR) with me.

This time I decided to carry with me the whole board for further testing once I replace the faulty diode.

Back in the shop I salvaged the diode from a junk board which had same specs with the one which was faulty, after replacement I tested the board and noted the standby voltage was present and stable.

I went back to the client place hoping for the best and after re-installing the power board, I applied the power and I noted the backlights were on since the television was placed back up.

This put a smile on my face, this is the final results. 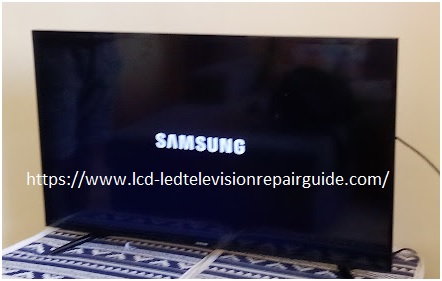