I was visiting a client, who wanted her television checked by a technician; she has left a message to her neighbor who has a shop on the same block to direct me to her house.

Once I reached the shop, I introduced myself and my mission there, while talking to the lady another client of mine whom I have repaired  his television previously passed by and as we greeted each he mentioned that I really helped him to revive his dead television.

The shop owner heard the conversation and was interested to see if I can revive her television which was hit by power surge and decided to keep it in the store.

I proceeded to my mission and while coming back I found the lady has already picked the television from the store waiting for me.

First I checked the state of the main capacitor and found its top part lightly swollen.

With this I concluded indeed this was power surge, sorry I did not take a photo before removal from the board. 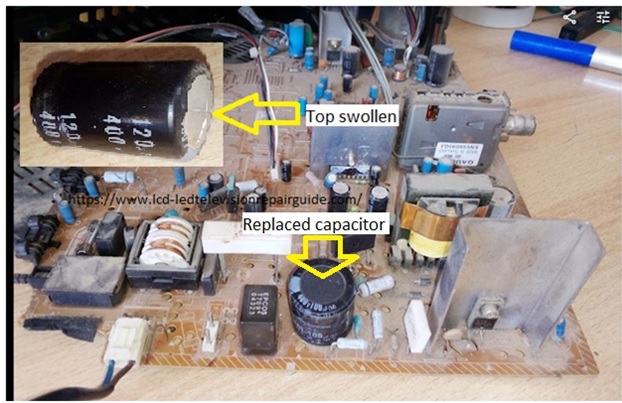 Next I checked the health of other safety components and found the fuse was okay to my surprise, checked the surge limiter and found its open which means it succumbed before the fuse. 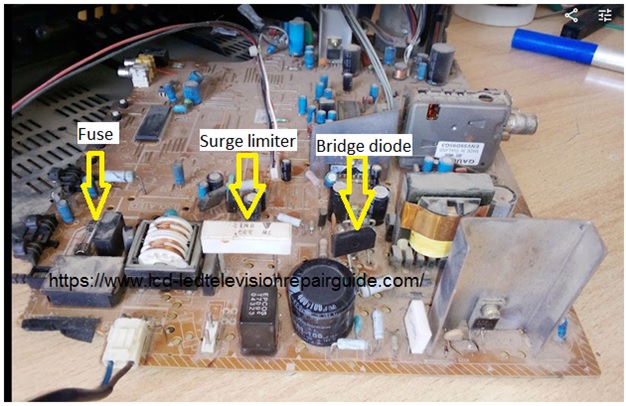 I tested the bridge diode using my digital meter and found its okay, after changing these two components I decided to apply the power using the series current limiter and noted the bulb was shinning like the sun even after  one minute, with this I concluded there is a still a shorted(s) component on the power supply.

I decided to replace the diode bridge directly and see if it was failing under load since I had already tested it using the meter and tested good.

The power on Led was also blinking and this leads me to conclude I am not out of the wood.

I pulled my ESR meter and begin testing the secondary output filter capacitors starting with the lines which I noted the voltage was dancing a lot for lack of better word.

I bumped on capacitor C945 rated 1000uF/25 volts which in circuit ESR reading was around 3 ohms, I decided to remove it out of circuit and test again using multi-components tester and this is what I got. 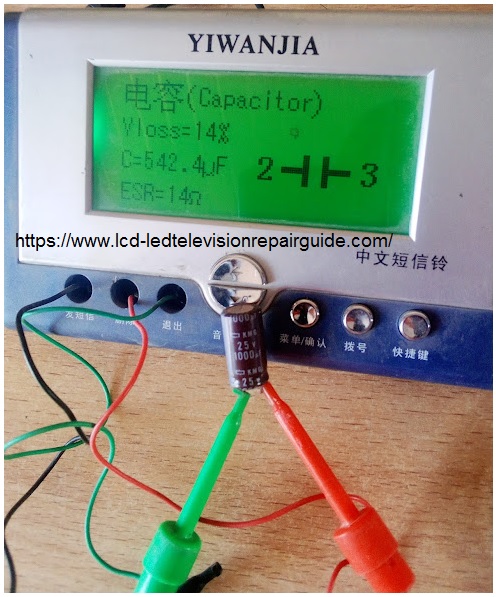 ESR of 14 ohms and capacitance has dropped by half not forgetting the V-losses.

I replaced this capacitor and again tested the effects of that and I was happy with what I saw.

The TV is now up and running 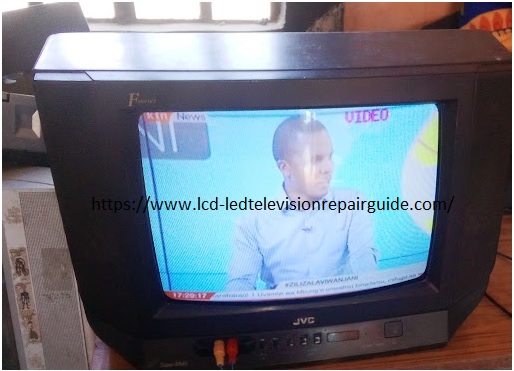 See you on the next class