I was sitting in my shop working when I heard a loud bang and then power in my shop went off.

I went outside and noted some people near my shop pointing where the bang came from, Power transformer has blown.

Being a weekend the power was not restored until Monday, coming back to my shop I passed by a shop nearby and the shopkeeper told me the power was restored back but most of his items were dead.

Among them was power supply for his kerosene pump, I went to my shop and did some testing, luckily only my laptop was plugged to power outlet by the time of power purge.

I checked it out and noted it was dead as dodo, that a story for another day.

A few minutes later I received a phone call from my landlord, complaints was that his TV has not worked since the day of the power surge.

Being month end and I had to pay bills including rent, I decided to treat this as urgent, I went to his house, picked up the television and brought it to the workshop for repairs.

Upon opening the television I went straight to the safety components starting with the main fuse which as you can below it was open. 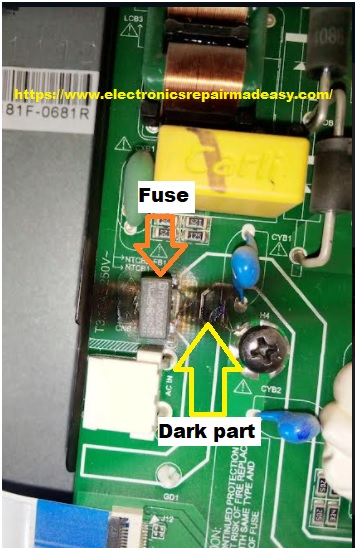 The black mark across the fuse pins indicates the fuse died a painful dead and therefore expected a heavy short ahead.

Next I checked the status of the switching Mosfet(TK14G65W) and was found  okay, this brought a smile on my face since getting this fet in my market it’s not easy, I usually import and therefore take 3 to 4 weeks.

Since the switching fet was found okay, we can safely assume the control ic is also okay, from my experience, when this fet short, does not go alone, usually cause the control ic to short also. 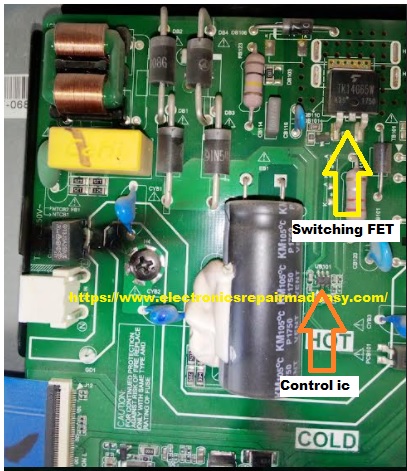 I continued scanning and noted the main filter capacitor has its top silvery part swollen, this is an indication of effect of high voltage surge, the capacitor was rated 100uF/450v, here in Kenya we use 240 Vac and therefore we should expect around 320 to 339 volts DC at the main capacitor.

I decided to replace the two components, fuse and the main capacitor and see the effect of that, I decided to use the series current bulb current limiter and I noted the bulb was very bright even after one minute.

I decided to continue with troubleshooting and noted the voltage at the main capacitor was very low.

I switched off the power and tested the rectifier diode and found two are dead short. 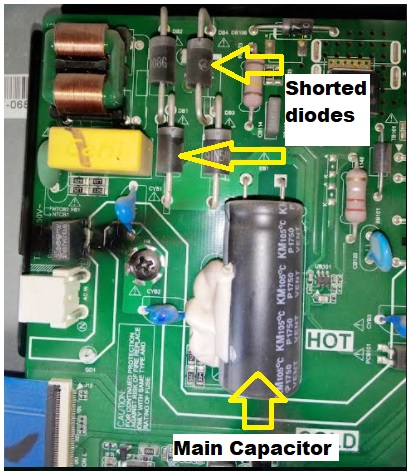 I replaced all the four diode and again applied the power using the series bulb, this time the bulb came up brightly and then dim.

With that I concluded that no more shorted component and therefore I can apply the power without the current limiter bulb.

I did the same and the machine came up beautifully 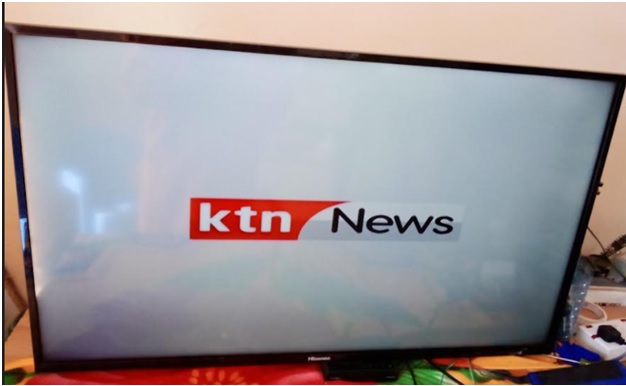