I received a phone call from a client who wanted his television checked by a technician.

The symptoms were, Television is powering on then shutting down after 20 to 30 minutes.

When the television shut down, the audio remains but no picture.

Since I could not figure out the real cause of this symptom from the description given on phone, I requested him to bring the television to the shop for further testing.

Within one hour he was at my shop credits to Google map which does great job in directing customers to my shop.

Once on my work bench I decided not to test what the customer said since I figured out taking a whole 20 minutes waiting for the symptoms to present is waste of time.

I opened the television and after removing the cover my eyes caught the attention of one capacitor which had its top silver part slightly swollen as you can see below. 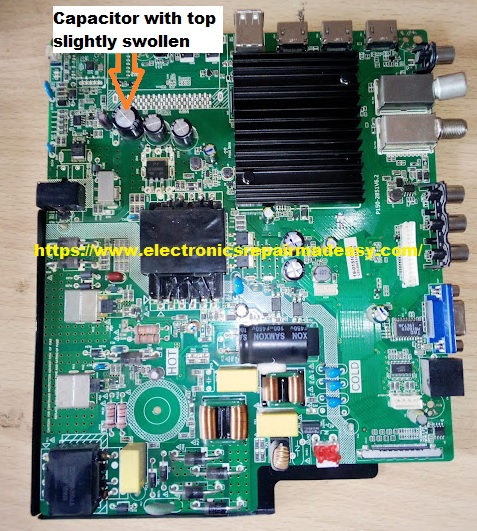 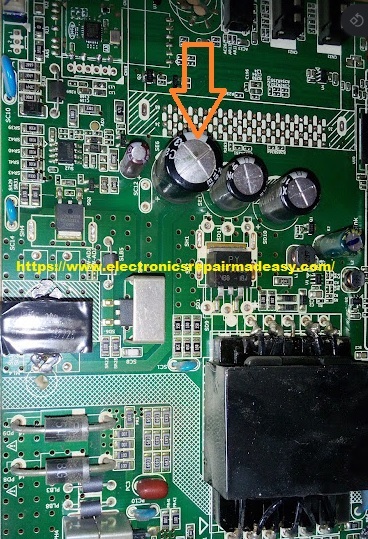 I decided to replace the capacitor with 33uF/400 Volts instead of 33uF/200 volts since the symptoms presented by this capacitor was failure due to high voltage.

I replaced the capacitor and the television came up beautifully.

I tested it for two hours non stop and the issue of shutting down never presented again and this lead me to conclude the television has now been restored back to factory setting. 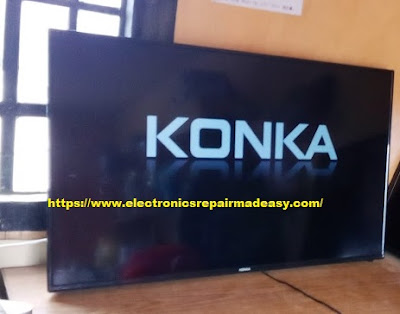 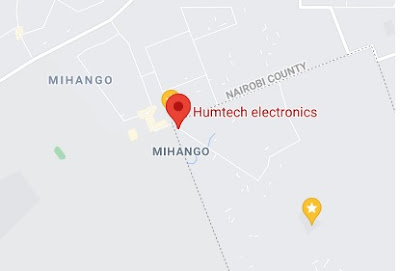