I received this television from a customer with dead on arrival symptoms, I checked the main fuse and found it okay.

I tested the HOT transistor and found it okay, next I pulled my ESR meter and begin testing esr for all big filter capacitors on the secondary side and bumped on one which has esr reading very high, actually around 150 ohms. 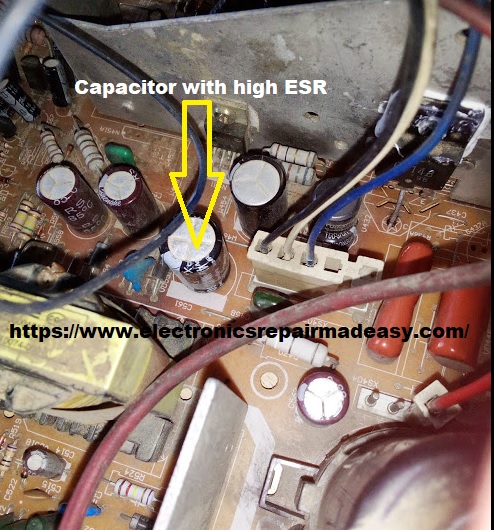 After replacing this capacitor, I decided to power up the machine and see the progress, noted the power on led is on but still no high voltage was generated.

I checked all the outputs voltages and all were stable, I followed the B+ voltage and noted it was not present at the collector pin of HOT transistor.

I followed it backward and found an open resistor R470, this is a low value resistor which is used to monitor the Horizontal output circuit for any short. 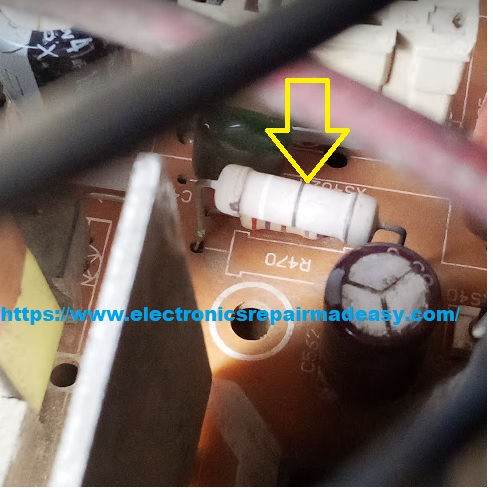 In case there is a short on the B+ line it should open and therefore I expected a shorted component a head and the most possible culprit would be the HOT transistor which you remember I tested it and found it okay.

I replaced this resistor with thin wire and after applying the power the wire went into flames.

I replaced with a thicker wire and applying the power again using my series bulb current limiter and was able to test the voltage and noted was very low and pulsating.

I removed the HOT transistor and noted the voltage is now stable at 110V. 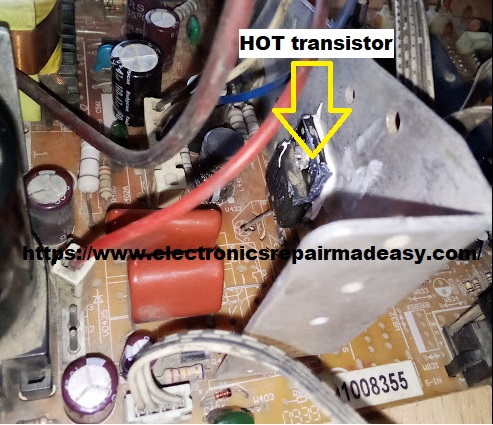 I decided to test the HOT transistor using my multicomponent tester and this is what I got. 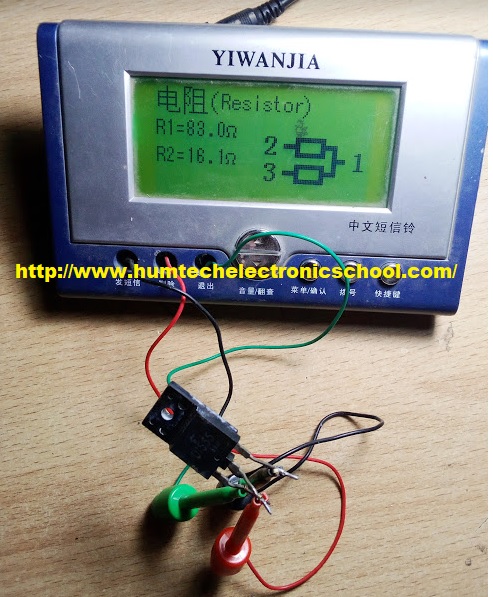 The transistor is no longer a transistor but a resistor according to the tester.

I replaced the transistor with another from the junk, applied the power and I heard chaa Sound from the fly-back meaning the television was now able to fire.

I connected the television to the decoder and this is what I saw. 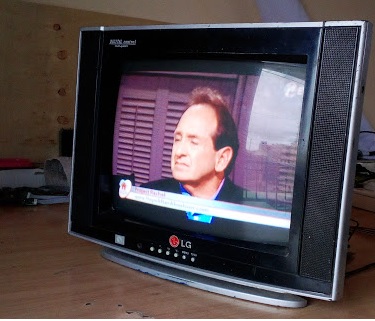