I got a direct message on my Facebook account from a client who wanted her microwave checked by a technician.

I gave her my pin location and within an hour she was at my shop via uber.

First I wanted to confirm what the customer said was the symptoms of making noise while warming food but realized the machine was totally dead.

I opened the oven and went straight to the main fuse and found it there but next to it was a huge jumper wire which was also open. 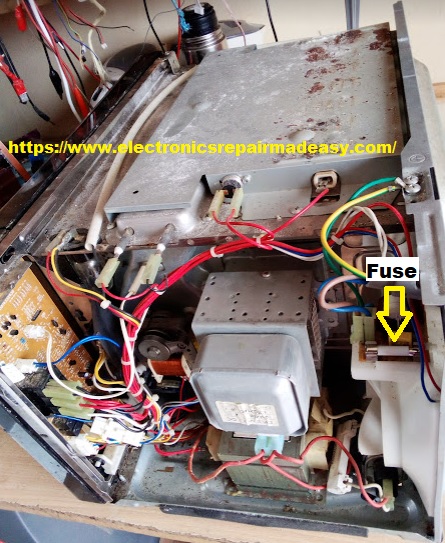 With that I concluded there must be a big short ahead and the mostly likely culprits are the switches or the control board.

Usually microwave have three switches as you can see here below. 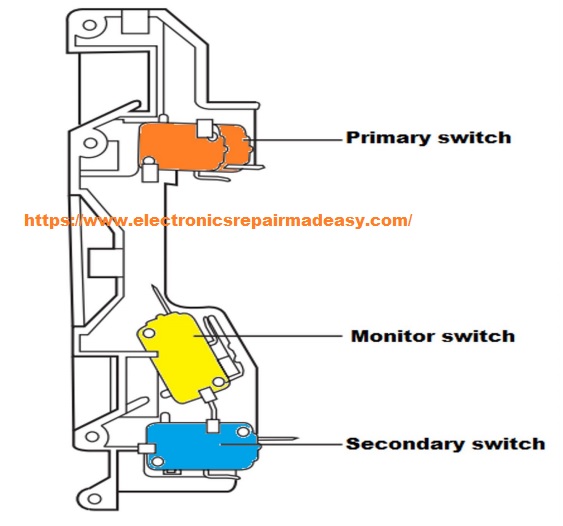 We have the primary, monitor and secondary switch, all have different functions as outlined in my latest book on microwave repair eBook sold here.

I tested all the switches using my digital meter and all passed the test with flying colors.

I had already disconnected the high voltage circuit and therefore I was sure the problem was on the control board or the switches.

I checked the control board components and everything looked okay according to my meter.

The customer was still around and very keen and was getting frustrated that her machine may not have another chance to live.

I decided to replace the switches one by one and see if there will be any hope.

I begin with the middle one which is called the monitor switch and after replacing still the problem was not solved.

I changed the upper switch or the primary switch and still no change and finally decided to change the lower secondary or door switch and to my surprise the short was gone and the machine could now power up. 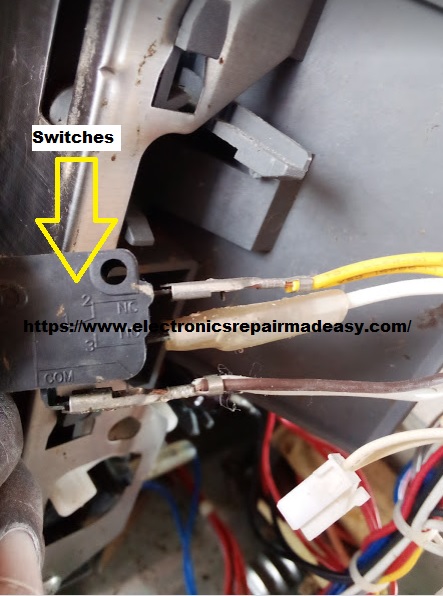 During these testing I was using my series current bulb limiter, I finally replaced the fuse with the original fuse rated 15A and did a test with a cup of cold water and noted with was now working.

Note: when it comes to testing microwave switches never trust your meter, just do direct replacement and obviously not from a junk. 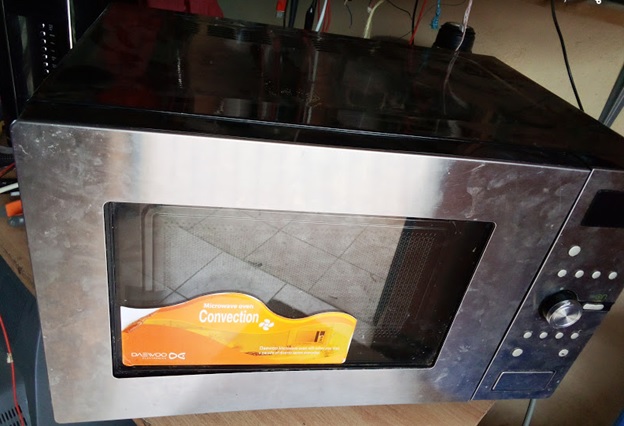 Get direction to our shop here