I received a phone call from a client who wanted his television checked.

I arrived at the site and shown the television, looking at the screen one can see the pictures but pink color was too much and also the image was not sharp, any writing on the screen was not visible and looked like washed out.

I took the television to the shop and the first stop was the small CRT neck board shown below. 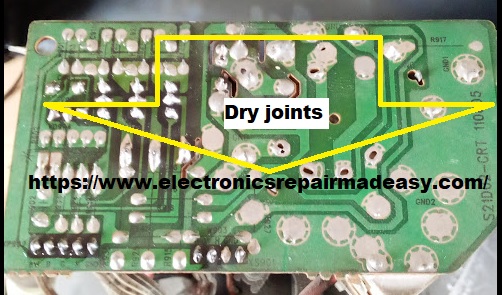 Noted a lot of dry joints and did re-soldering and when happy I decided to retest the television again to see if the issue has been sorted out.

I re assembled the television and upon applying the power I noted it was like I had done nothing, no change at all.

I decided to do some scanning with my naked eyes and I was not happy with this capacitor C564(1000uF/25V) though I could not relate this capacitor with the color problem but since it seems not okay I had to change it and again see if there is any improvement. 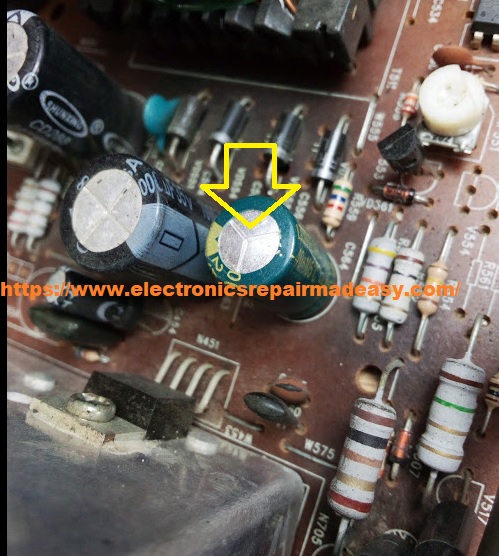 I changed the capacitor and after applying the power and checked the impact of that on the screen I noted still no change.

In electronics there is no guess work, even if you change all the components on the board and miss the culprit the machine will behave as though you have not changed anything.

Same to medical, if the doctor mis-diagnose your problem and give all the medicine in this world, you will have no improvement until you get the correct diagnosis.

With this second attempt and no improvement I decided to up my game.

In electronics we usually troubleshoot from known to unknown.

Since all the known has not worked, I have to pull my ESR meter to do ESR test on all capacitors around suspect circuit.

By the way most of equipment referred to me from other technician as un repairable always end up with a faulty capacitor and since where I come from technicians find it too expensive to invest in an ESR meter they end up replacing the whole board and if the owner is able to pay the huge bill which include the new board plus the tech profits most customers decide to pick their items and that’s how I get some income.

Once a customer gets to know that the item which was condemned to dustbin has been restored to life they trust me with all their electronic gadgets and refer more customers along the way.

Anyway that is not what brought me here today, let us continue with our troubleshooting.

While doing ESR in circuit test I noted one capacitor which the meter read open (high), I turned the board the other side and noted the capacitor is rated 10uF/250V(C592).

Looking at the working voltage of this capacitor I could tell it is used to filter the high RGB amplifier voltage usually around 180 volts’ dc and this could be the culprit since any issue with that line can cause all manner of problem to that small CRT neck board. 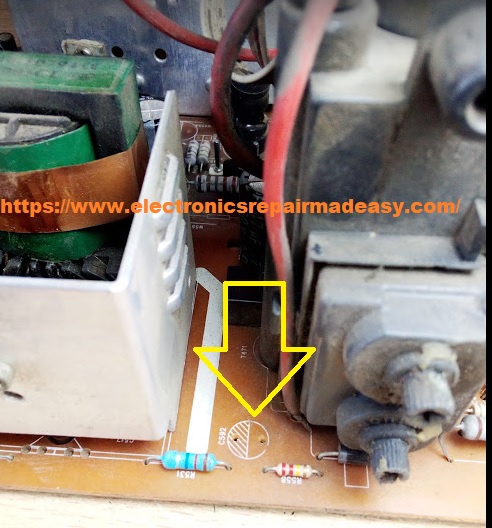 While out of circuit I decided to test using my multi-components tester and the results still showed Positive as you can see below. 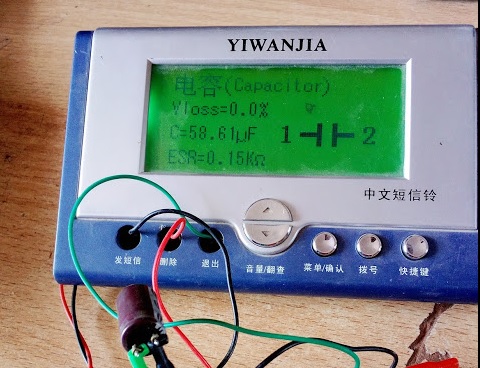 I decided to replace this capacitor with another one from a junk and see if I had got it right this time and this is what I saw. 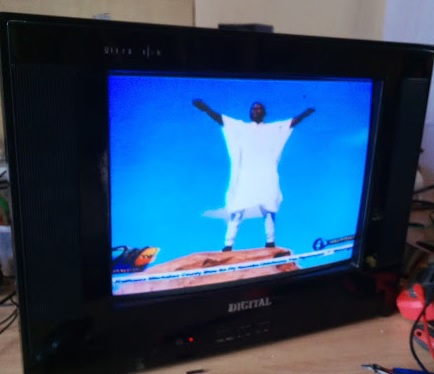 The television is happy and the singer is also happy.

Hum-tech electronics electronic school online classes ongoing, do it in the comfort of your home