I got a phone call from a client who wanted his machine checked by a technician.

He told me that he just googled technician nearby and my name popped up.

I asked him the nature of the problem and item to be checked, He said he suspect power surge since the home theater and microwave are dead.

I asked for the model of the home theater so that I can prepare myself in advance.

The machine model was the Sony HBD-DZ950, I logged on the net looking for the service manual of this machine so that I can be able to figure out the most likely culprits and value.

I was lucky to get the manual and went straight to the power supply section and was able to pick out the possible culprit which normally fail if there is power surge.

I picked the components from my store and headed to the client site which was around 20Km from my place, using the pin location provided, I was able to locate the place effortlessly.

I was ushered in and shown the machine, after opening it I could see the damage done by the power surge without even pulling the meter. 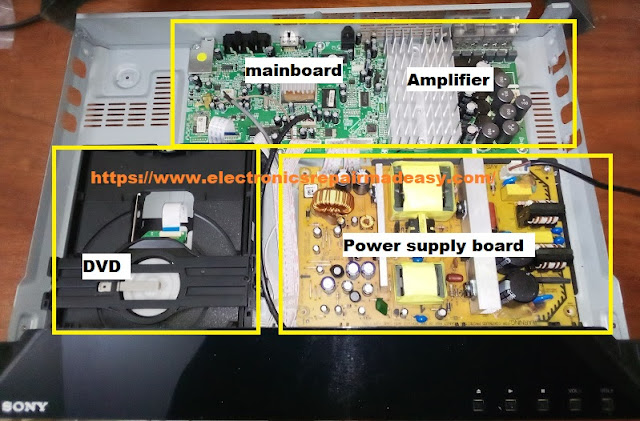 I replaced the culprits I was not happy with including the fuse which was also broken.

I decided to see if the power board is generating the 3.30 Volts stand-by and noted it has and this made me conclude that the switch mode power supply is now working.

Just when I wanted to replace the board for final testing I noted on the main board amplifier section some capacitors with top slightly swollen and was not happy because I did not figure that area to be affected by power surge, I still believe that was another issue which was about to develop. 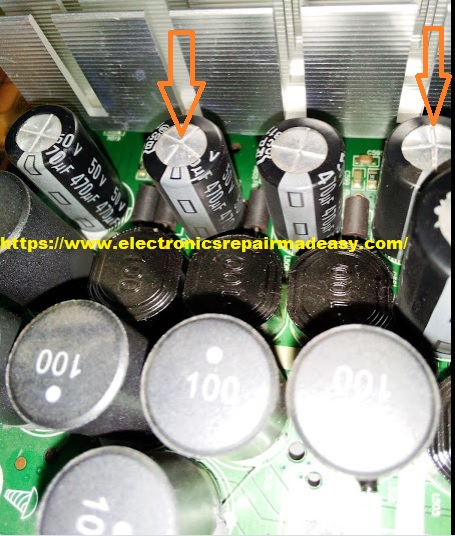 The capacitors were rated 470uF/50v and therefore I had to go back to town to buy them.

I was able to get them and back within one hour since the place was near the city Centre.

I came back and replaced them, I decided to install the power board and see the progress.

I applied the power and the machine came up smiling, this also put the smile on the customer. 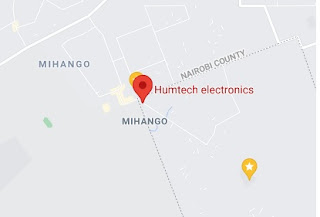