I did a facebook ad and got a client who wanted his television checked, I was given direction using google map since it was a new estate from where I have my repair shop.

After the appointment I started my journey to the site and after one hour I arrived at the ping address by google which was just a stone throw from the actual client home.

We linked up and went into her home and I was shown the television, first I had to apply the power to confirm the customer complaints which turned out to be true.

After some inquires I was told a technician came to check the television and took a small thing(circuit) which according to the customer I concluded it was the tcon board.

After one month the small thing was returned and re-installed back.
With that information I decided to open the television and headed straight to the tcon circuit and after seeing it, the customer confirmed it was the thing the technician had taken before. 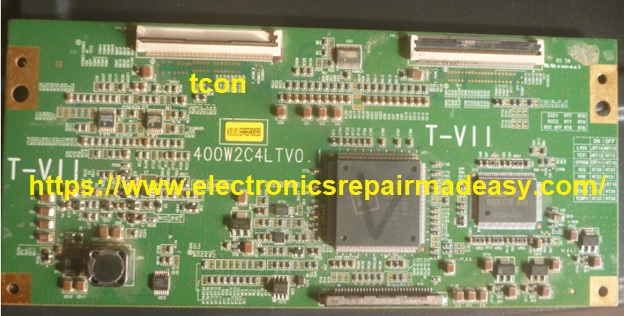 Since the tcon was highly suspect in the case at hand I also requested to take it with me for further testing.

I took it to the workshop and noted it was using 5 volts dc, using a jig I applied the 5 volts at the input side of the fuse and noted the output voltage was less than 2 volts dc.

I suspected maybe there might be some shorted component on the board which was pulling this voltage down.
I decided to apply the same voltage again after the fuse and noted the voltage is stable at 5 volts.

I decided to replace the fuse with a small wire jumper and again voltage remained stable which mean there was no shorted component only that the fuse was tired and worn out and instead of open had resistance gone up, very rare though.

After that first aid I went back to the client and re-installed the tcon and after applying the power this is what I saw.

Even the owner could not believe his eyes as you can here. 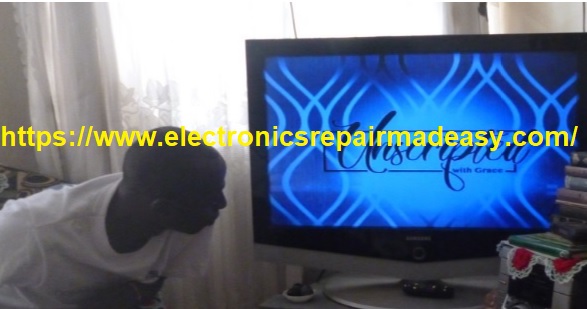 The customer was very happy and referred me to another client, a satisfied customer will always bring another customer.