I received this television from a client who suspected the cause of the dead to her television was power surge.

Usually power surge related problems are easiest to repair unless there were other complications before the power surge.

Suffice to say here that most components to die in a power surge related cases affect only the power supply section and dead components are usually catastrophic and one can even see affected components with naked eyes.

After opening the set, I went straight to the power supply section and this is what I saw. 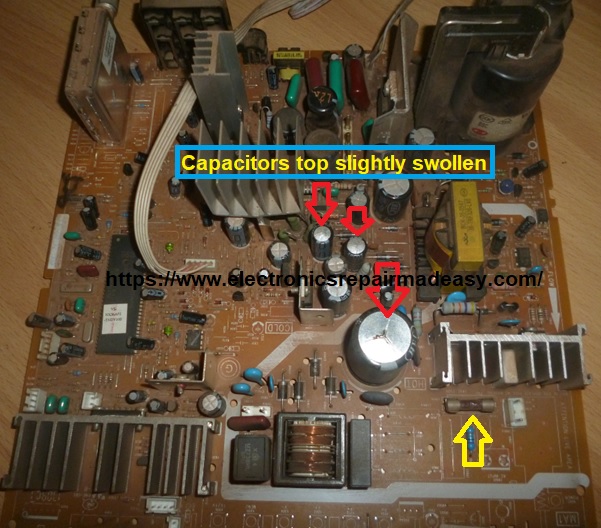 Three capacitors had top swollen, one being on the primary side and the other two on the secondary side of the power supply.

Also the fuse was found open and inside was blackened, this means the fuse died a very painful dead due to heavy short.

I replaced the four components and applied the power but this time using the Series lamp current limiter and noted the bulb was shining like the sun. 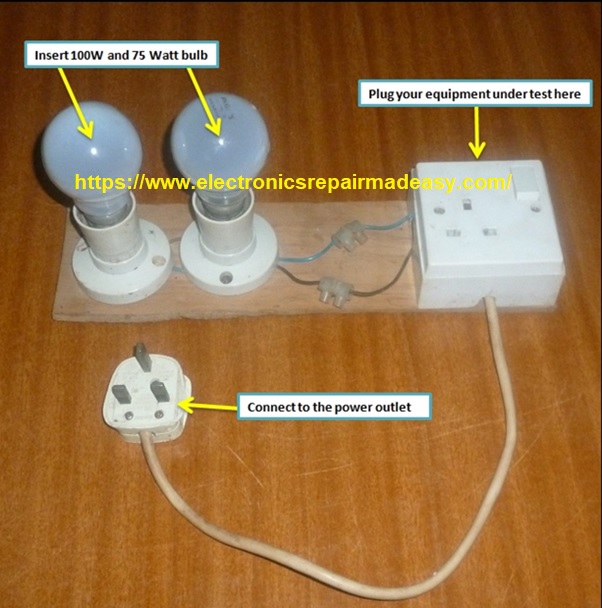 If you don’t have this gadget in your shop you can easily make one here
If the series bulb light continually means still, there is a shorted component and therefore more troubleshooting is required to pick the culprit. High on the list of suspects is the switching transistor or control ic and rectifier diodes.
I started with the rectifier diodes and found one was dead short, I replaced it with one I got from a junk and applied the power again and this time the bulb lit for few seconds and then dim and with that I concluded that no more short on the supply. 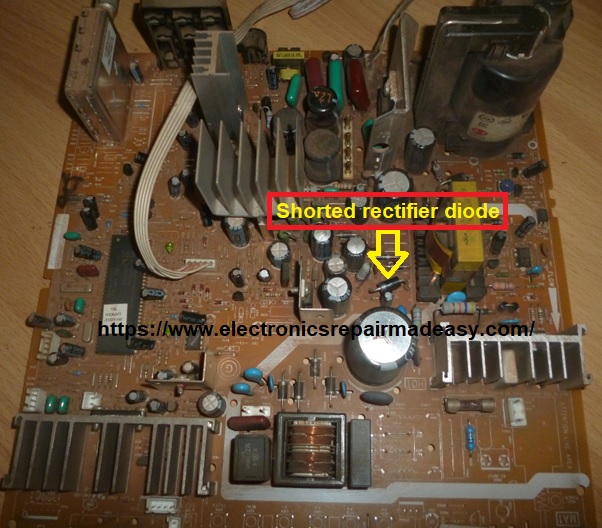 Finally set up the television and after applying the power this is what I saw. 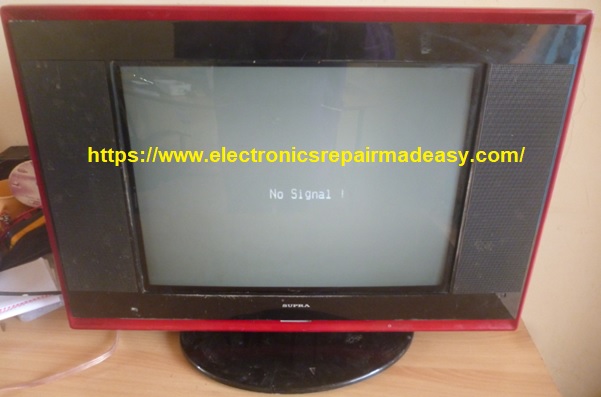 Thank you friends
See you in the next class