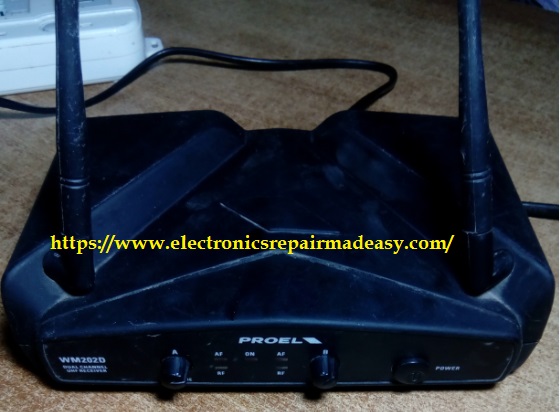 I asked him a brief history of the device, told me that it has fallen down several times but has been working well until that morning.

I picked it after service and went home with it to check it out, when I was free I decided to start working on it.

First I tested the power adapter and got 15 volts, this look good since the receiver was rated 12-15 volts.

Next is checking the receiver, I checked it and found no bolts to open and I thought the bolts are hidden but after going round the unit 4 times I realized this thing has no bolts at all.

Then I started looking for any hook and sure I noted the manufacturer decided to cut cost by excluding bolts completely from the design. 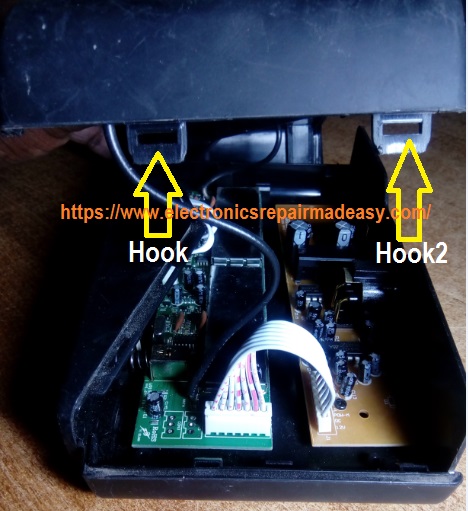 Please note in electronics no teacher will teach you how to Dis-assemble and Re-assemble equipment and therefore you have to figure it out yourself.

The rule of the thumb is that if you complete removing all the bolts and still get some resistance when removing the cover most likely there is a hidden bolt.

Be very careful on this especially on phones and laptops otherwise you may end doing more damage to the gadget or even making it unrepairable by breaking it.

A good source of getting how to dis-assemble gadget these days is to use google search, just do a search on “how to tear down…………………model” then click on ”Video” task bar on your web browser. 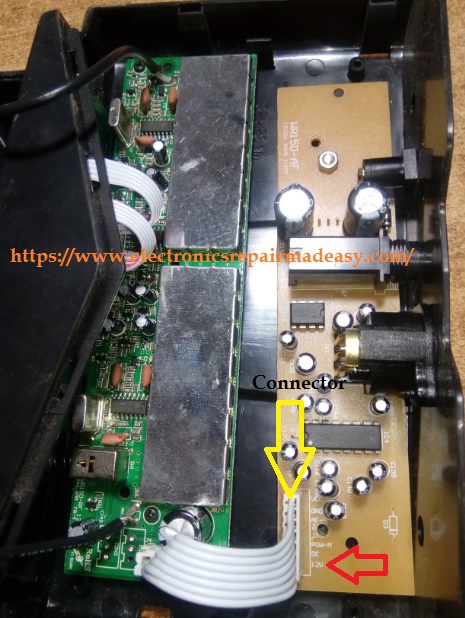 I continued checking backward until I reached the Dc socket where I was able to pick 12 volts. 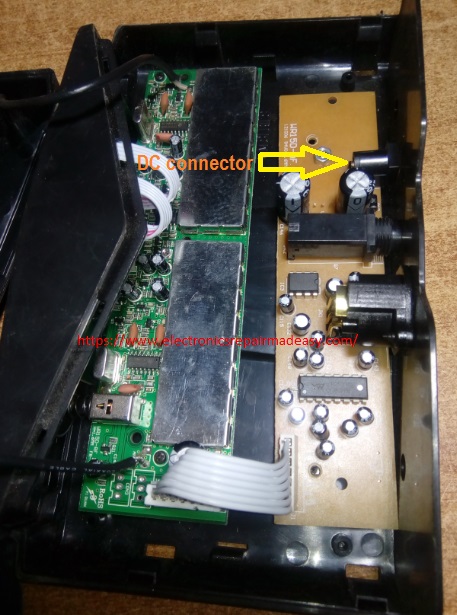 I removed the power board and turning it upside down I noted there was a huge crack on the positive rail of the DC line and since the joint was quite big I decided to use a wire link to solve the problem. 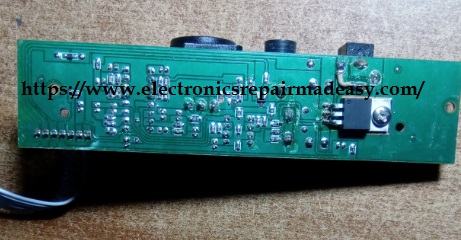 I re-installed the power board and testing the connector again i got the 12 volts, finally pressed the On/Of button and the power On led was light, Problem solved.