After opening the set I went straight to check on the safety components:
I found the surge limiter Resistor (dropper) open circuit but the fuse ok.
I replaced the dropper and powered on but it blow again instantly, I wish I had used the series bulb but it was too late. 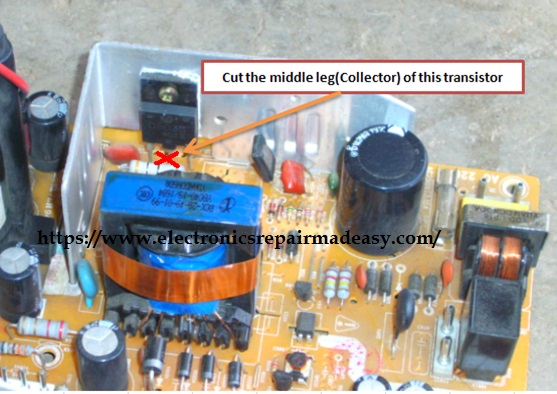 After cutting the middle leg (collector) of the S.OT I again applied power via the series bulb and this time the bulb brightness was first bright as the main capacitor was charging and then went down.

With this I concluded the switching transistor was shorted and need replacement.
I replaced the transistor and re-tested again, this time I was lucky and I even saw the dummy load I normally used while doing power supply troubleshooting lights up indicating that there is power on the secondary side. 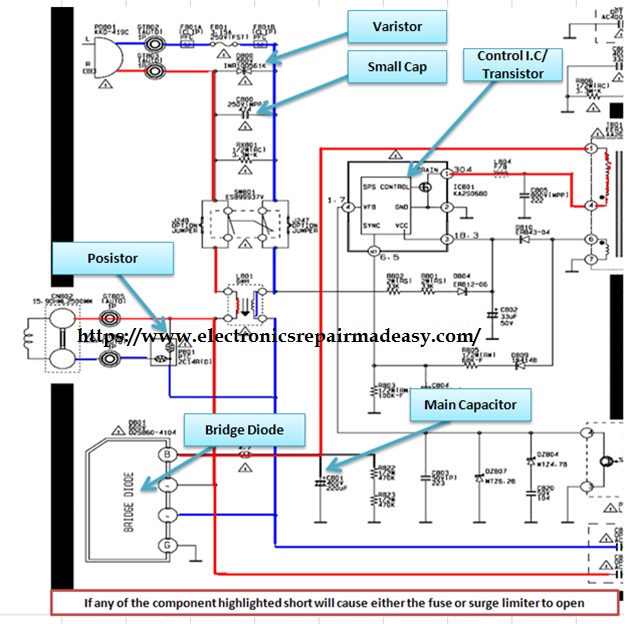 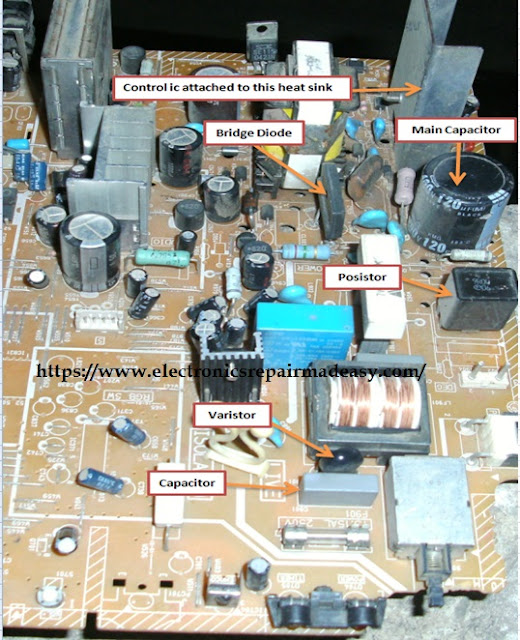