I got a phone call from a customer who wanted his television checked and the complaint was picture is okay but no audio.

I requested him to bring it to the shop for checking and indeed he brought it up, i applied the power to confirm what he said about the tv initial symptoms and yes he was correct and therefore confirmed the television has audio problem.

I opened the set and went straight to the audio circuit and after scanning around the circuit for any suspect component, I found non.

Now it is time to use my ESR meter to check capacitors around this circuit and again I never got any capacitor which was suspect. 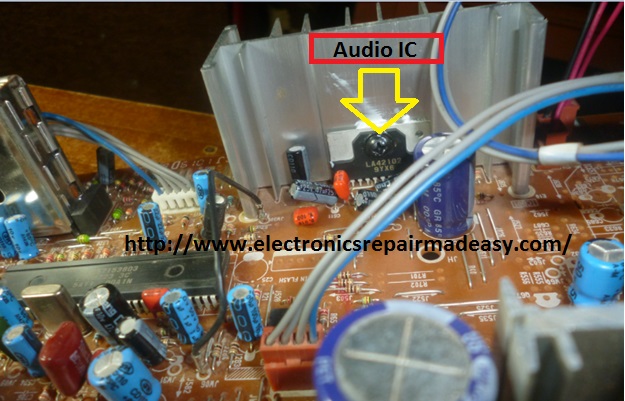 The next step is to check the two speakers which were rated 10 Watts and 8 ohm impedance and therefore with my digital meter set to diode range I tested across the speaker connector and got open circuit. 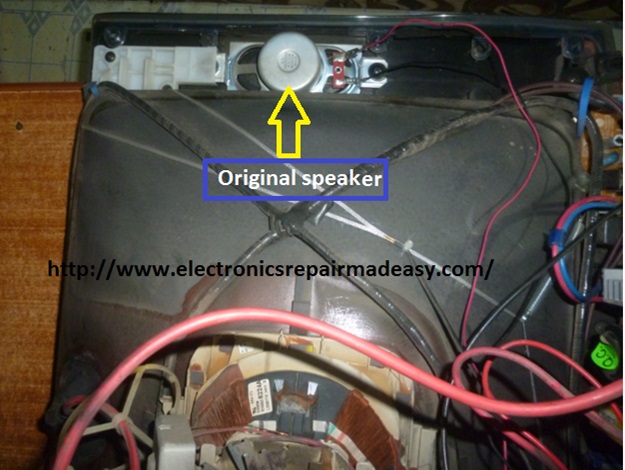 I continued increasing the range until I got open even on 10 Mega Ohm range and I concluded the speaker was open.

I moved to the other speaker and the reading were the same” open circuit”
With that I decided to find out if the Audio i.c was working or not, to do this I have to do some preliminary tests and the most important to start with is to find out if the i.c is getting stable and correct voltages.

To help me with the expected voltages I had to google this model which I got easily and here is the circuit diagram of IC LA42102L here below. 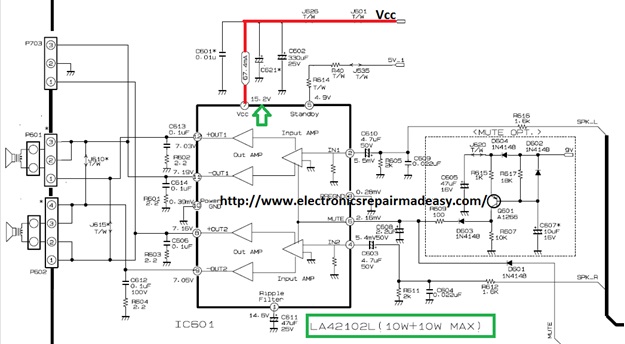 All the voltages were within range and this lead me to conclude the I.C was suspect, also touching the i.c I found it was cold which strengthened my case of suspecting it.

I went to the shop and bought a new one and after replacement I tested with a small speaker around my workshop attached to the previous speaker connectors and this time  got audio and I was a happy man.

Before going into celebrating mode I remembered I have no speaker of the type used in this television and also they are not in the market.

To take care of this I decided to salvage one from a JVC television junk lying around and did a replacement and the audio was good and clean. 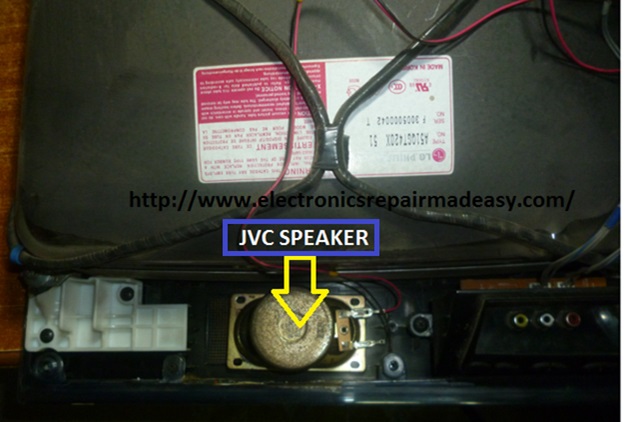