I received this TV on my bench and the complaint was dead but power ON led was lite(RED) as it was in standby mode.

The owner has suspected a minor problem since the Power ON led was on and therefore expected minimum charges.

After opening the television I figured out that since the power On led is lite, power is reaching the secondary side.

Therefore with the power off I decided to do resistance test of the H.O.T transistor by testing between the middle (collector) and the emitter leg and I got a beep.

I reversed the probe and got another beep, with this I concluded the H.O.T is shorted. 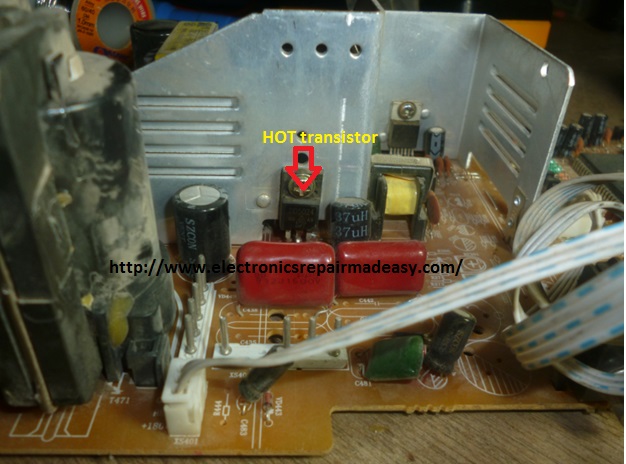 Next I wanted to check the status of snubber capacitor using my multi-component tester and I was happy with the results.

Usually it is advisable to replace the snubber capacitor whenever you find the HOT is shorted but sometimes the cause of the HOT to short can be other causes like fly-back shorted.

I removed the HOT out of the circuit and after testing the fly back with my fly back tester, I was surprised to see the tester led remain off.

This means the fly back is also bad and must be replaced, please note that you cannot be able to test fly- back if bad or good using multi-meter unless for open circuit. But for shorts the meter will not know. 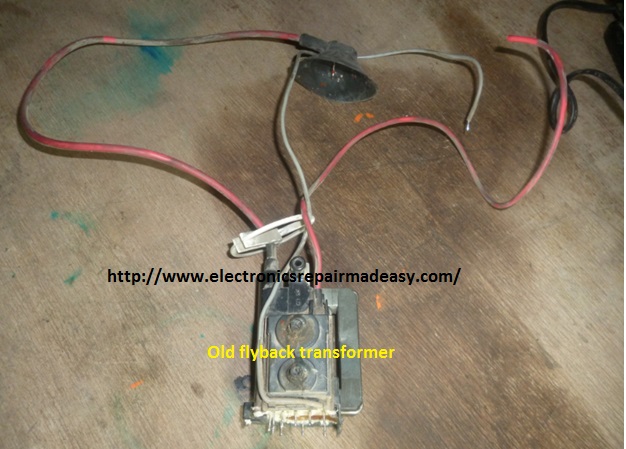 I checked around my shop and I was lucky to get a similar one on the junks lying around my workshop which after testing with the fly-back tester was found to be okay.

I replaced it and after Applying power I noted the B+ is not getting to the collector of the HOT but other voltages was okay.

I checked backward from the middle (collector) leg of the H.O.T and I bumped on a low value resistor R470 (2.2 Ohms by 2 watts) which was open circuit. 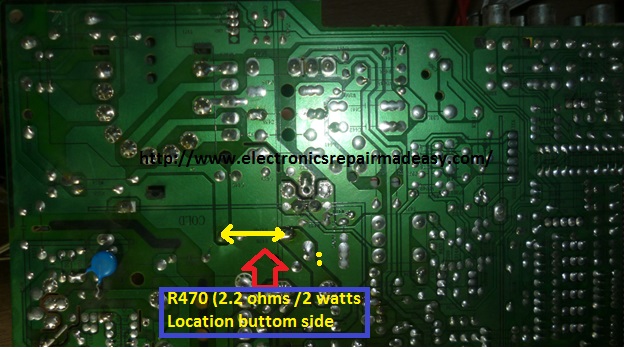 This resistor is usually used as a fuse (FR) and once the fly-back shorted the resistor had to open to cut the supply to the horizontal output which include the fly-back.

This also explain why the power ON led was lite since this resistor was open and therefore the output voltage(B+) did not see any shorts hence why the Led was ON.

After replacing these three components the television was back to normal 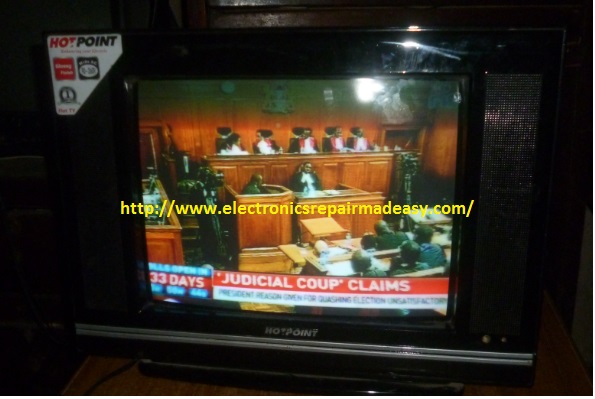 Thanks you guys
See you in the next class

Email ThisBlogThis!Share to TwitterShare to FacebookShare to Pinterest
Labels: crt