My first time to change universal TV kit I was invited by a gentleman who was an electrician and wanted to change his father’s Television motherboard with the universal kit. 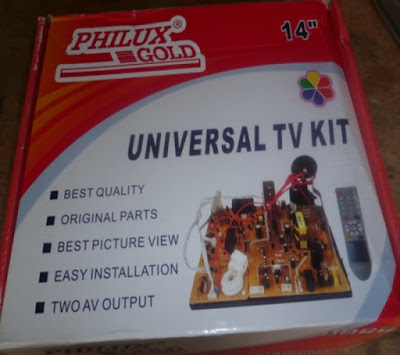 I said to myself this can also be a good opportunity for me since I have seen many technician who their first option when they get TV in their workshop is changing the motherboard after changing the main fuse and the control I.C/switching transistor does not bring the set back to life or maybe they are too lazy to troubleshoot or have no adequate knowledge to troubleshoot the problem.

I am not saying that replacing the motherhood is bad habit but this should be done as the last resort like for example in a case where motherboard was dropped and broken into pieces.

We agreed with my electrical engineer the day to do the assignment and finally the day came and i was went to his house ready for the assignment.

On arrival I meet he has already done the setting up and decided not to apply the power before I come so that I can confirm if everything was done well.

For me it was my first time and therefore there was not much I could have confirmed besides making sure every connection is well connected and therefore applied power by faith.

I saw the screen opening and we switched to celebration mode, we connected the TV antenna and sure indeed the picture was up but we noted something was not right.

The picture was crystal clear but….it was upside down, I tried to figure out what could be the problem but to no avail.

I decided to google this new phenomena and still no one seem to talk about this on the net, I continued searching for this solution but still no luck.

As a technician we are supposed to part of the solution but not part of the problem and therefore I advised them to be using the TV upside down before I get the solution. 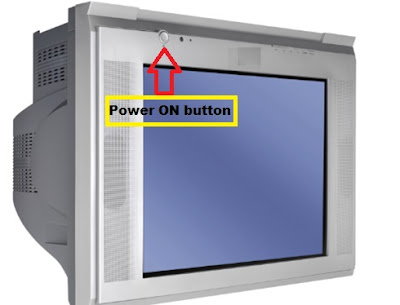 I went my way and I even forgot about the TV and after many days it came to my remembrance that I never solved that problem.

After doing some brain storming I thought to myself what could have caused this problem, one thing which I was sure was that the problem was on the vertical circuit and the only area I can suspect is actually connection.

So i decided to use my own TV for experiment and I swapped the vertical yoke connector on the PCB board and you know what?.

My TV picture became inverted and with that realized this is exactly what had happened with the previous television.

For those who have experienced such a problem now you know.

For that who are still struggling to install this board from A-Z you may learn the whole process from my eBook CRT television troubleshooting guide chapter 22. 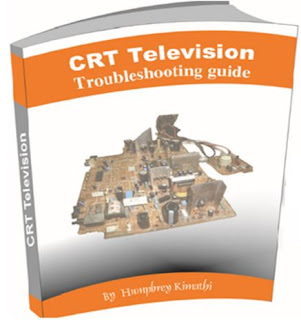