This Television came in for repair with the screen color purple, please note that this in not JVC and it’s not even a typing error. It is simply JCV, that’s why as a buyer you should always be keen when buying electronics gadget because some of them come with a name very close to a branded one.

A brief history from the owner was that the television works for a few minutes with normal color and after sometimes the screen color changes and he suspected the tube is faulty( I advice technicians to listen carefully to the customer history of the problem but when it come to suggestion where he think the problem is.. be wary)

I powered up the set to confirm what he has said and truly the set came up and after 5 minutes the color was messed up again. Looking at the screen I could see the problem pointed at the RGB circuit. 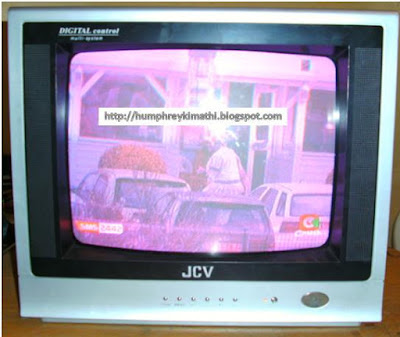 I opened the set and went straight to the suspect circuit and scanning around this circuit I could see the three RGB transistor (2SC2482) are all darkened on the board. This pointed to overheating and in the meantime I decided to take the voltage around this circuit. 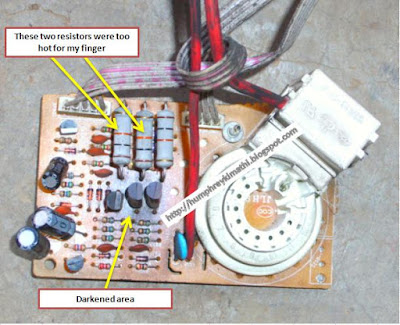 I did the voltage testing and all the three cathodes were within the expected range. Then I remembered one clue the owner gave me was that the problem was coming up after sometimes and I reasoned most likely there could be a component which is getting overheated and hence start behaving funny.

I powered the set and it came up smiling again as you can see the picture below. 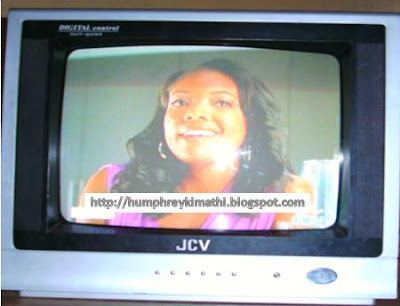