A client contacted me via my Facebook ad with an issue of faulty Samsung television.

Since the advert was broadcasted in the city of Nairobi, I expected him to be from within the city but it turned out he was from quite far place from where my workshop is.

I pointed to him my willingness to repair his television but distance does not favor us.

He promised to bring the machine up to my shop when coming to Nairobi and I left it at that.

After a few months I received a phone call from unknown number and it turned out to be a client who wanted me to check out on his television.

I gathered my few test equipment and headed to the place which is about 16 kms from my shop.

Upon arriving at the site using google map I knocked at the door and a gentleman opened the gate for me and introduced himself as the guy who wanted his television checked from the Facebook ad.

The television was brought out to me well packed.
I unpacked it and as usual applied power to confirm the symptoms before opening it up.

I confirmed the 3 times blinking and nothing else.
After opening, I scanned the power supply board, main board, and the XY-drive board and could not see any suspicious area which needed special attention. 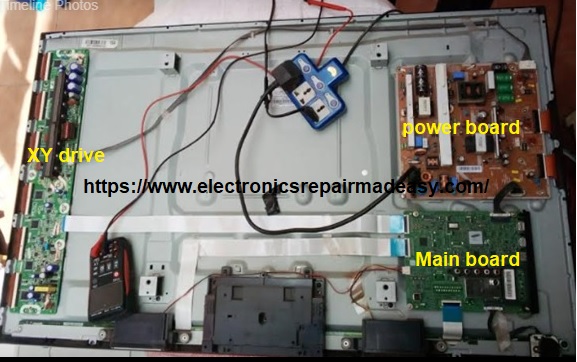 My first suspect was failed capacitor and I used my ESR meter to test all filter capacitor on the power supply and the XY drive board and all were found good.

I shifted my attention to dry joints and I found several dry joints on the power board and thought this will cure the problem but I was very wrong. Still 3 times blinking.

I did voltage testing and I noted power on voltage is coming on briefly and the off.

This means the micro is sending the power on command but realizing all is not well and shutdown.
I decided to touch the top of all the ics on the main board with my finger and noted the main was getting very hot. 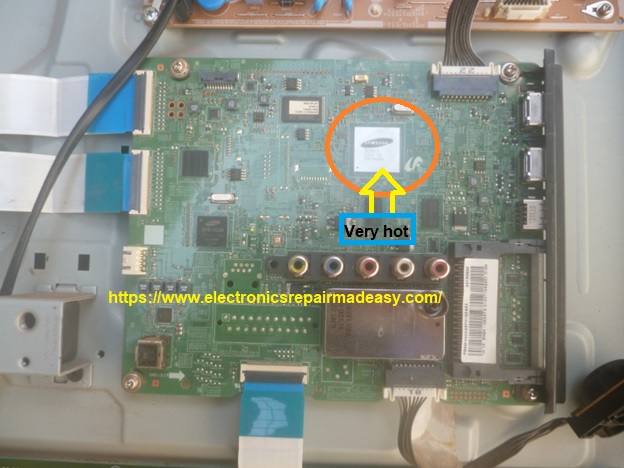 I decided to do a first aid on this ic and the others on the main board using hot air and after I was done and happy with the first aid I decided to apply the power.
Observing the led on the main board noted it is now stable and it was blinking every second once and very stable.
I pulled my meter and noted all voltages are back and stable.

I assembled everything and went inside to test and this is what I saw. 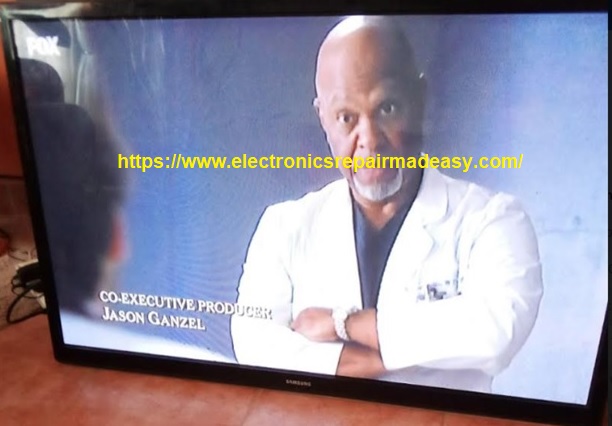