I received a message from my neighbor who was not in town to go check out on his television which was reported faulty by his family members since he works out of town.

I passed by in the morning and was shown the television which was left on overnight by the kids but I could see from the screen that the vertical height was collapsed.

The image was narrow vertically; the picture was just 3 inches high.

With that I suspected a failed capacitor and since the screen height is narrow also pointed to me that the problem is vertical related and therefore when I open the television I should concentrate on vertical circuit.

With that I decided to open the television and carry with me only the motherboard since the TV was very heavy to carry, besides I had not even taken breakfast so I had to conserve the little energy remaining haha.

Back to my shop I begin testing the ESR values of the capacitor on the vertical circuit beginning with the filter capacitors which filter the vertical line. 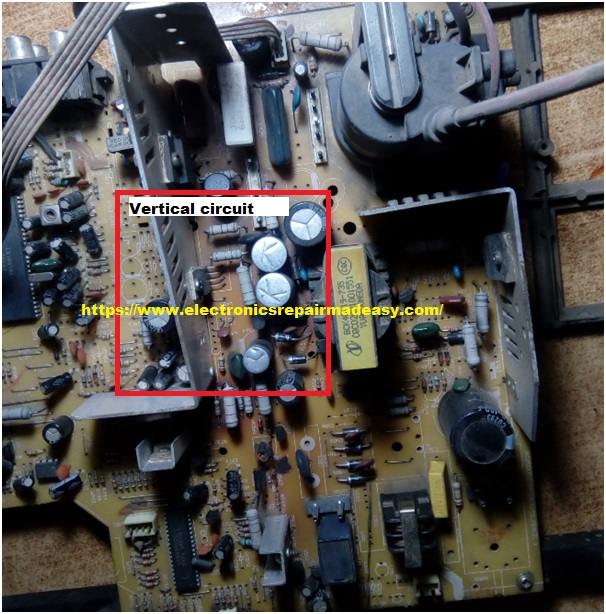 This of course I did after scanning the vertical circuit with naked eyes and failing to see any suspect capacitor and hence the need to use additional tools.

So I turned the board upside down and started testing ESR values of all the capacitor related to the vertical circuit and here are some of the results I got. 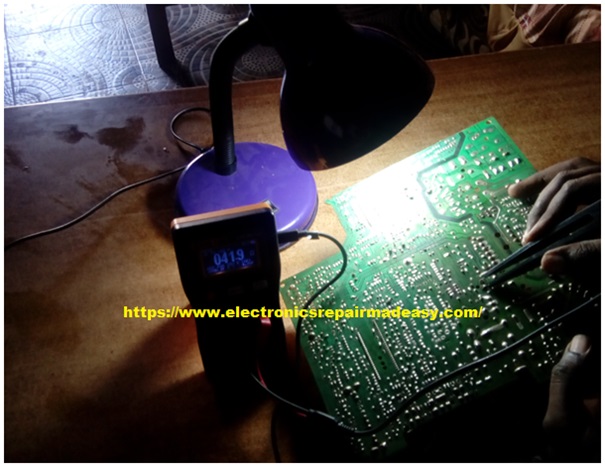 One capacitor tested 41.9 ohms as you can see above, I was expecting a value less than 1 ohm and now we have over 40 ohms.

I marked the capacitor for replacement and continued testing and bumped on another capacitor as you can see here below. 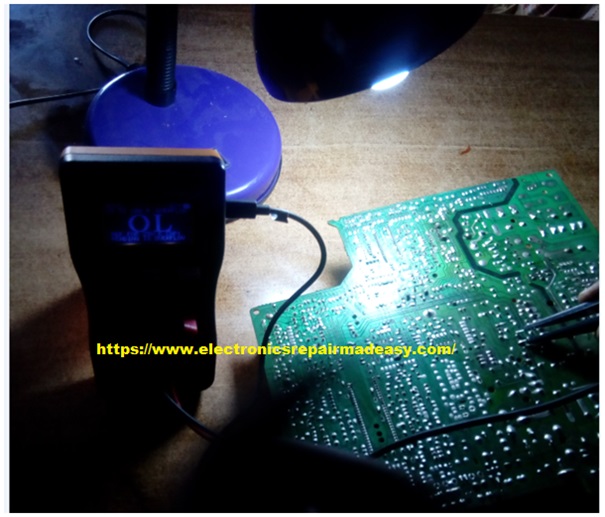 This one was actually reading open( out of range) and considering my meter has maximum of 100 ohms means the ESR value was more than 100 ohms, again this is abnormal value and needed replacement.

I soldered them out of circuit and did further test with a difference meter and the results were the same as you can see below. 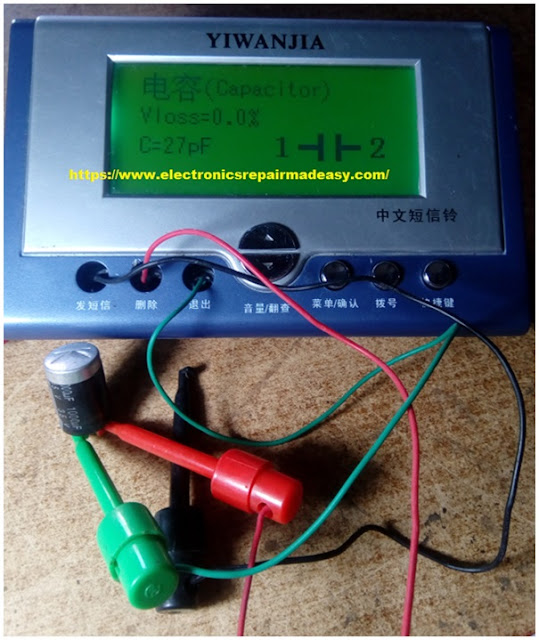 1000 mF/35 volts is reading 27pF, surely this is too unfair for this television. 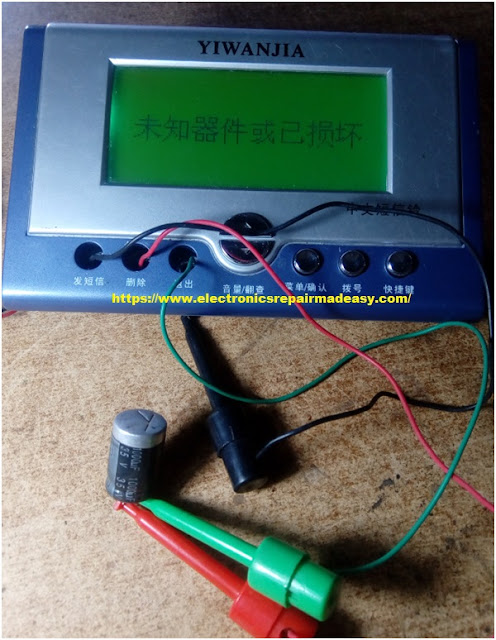 The other capacitor things were even worse; the meter was not even able to identify the component as you can see above.

Here are the culprits which were causing all the problems and after replacing the two capacitor the television worked like it was just from the shop. 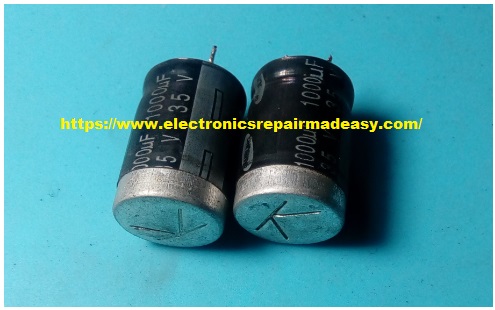