I received this 24 inch LCD television from a customer who wanted it to be checked.
Symptoms: Television is dead but the power on LED is on and RED in  color like the television is on standby mode.

I tried pressing all front keys and no change, then I decided to open the set for  further testing, once the television was open I scanned the power board with naked eyes looking for any suspicious components  and everything looked good. 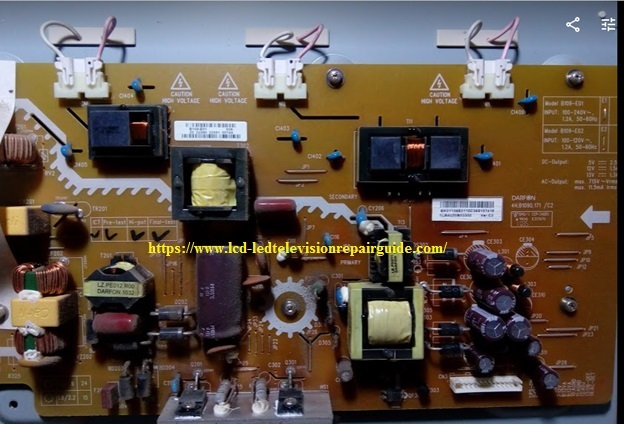 I turned the power board the other side(bottom) and still did not get any component or area which needed special attention as you can see here below. 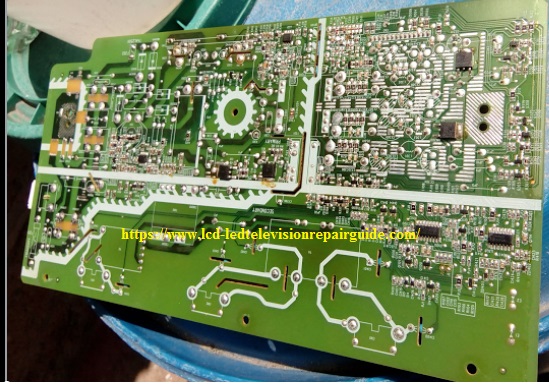 Next now is to do actual voltage testing first on the power supply to be sure it is okay and doing its work well before going to the next level.

It is always important to be sure the power supply is doing its work well before going to the next stage in troubleshooting since a problem in the power supply can cause all manner of symptoms.
First checked the standby voltage to see if it is good and stable and this passed the exam with flying colors with 5 Vdc and stable.

I used my 10K resistor jig and I was able to get other voltages as well which are 12Vdc and 13Vdc, with that I confirmed the power supply is okay (you can learn more about using this jig here)

Next is the main board, before i do any voltage testing on the board I decided to start with test ESR  of all the capacitors on the main board.

I was  able to get several capacitors as you can marked below which had very high ESR value and knowing what a failed capacitor can to to any circuit.

I decided I will not proceed until I replaced all those capacitors and since they are not in my market I decided to import them.

I replaced all the SMD aluminium electrolytic capacitors that are highlighted below, kindly note that you need to be careful when removing SMD components including capacitors otherwise chances of damaging the pcb track is high. 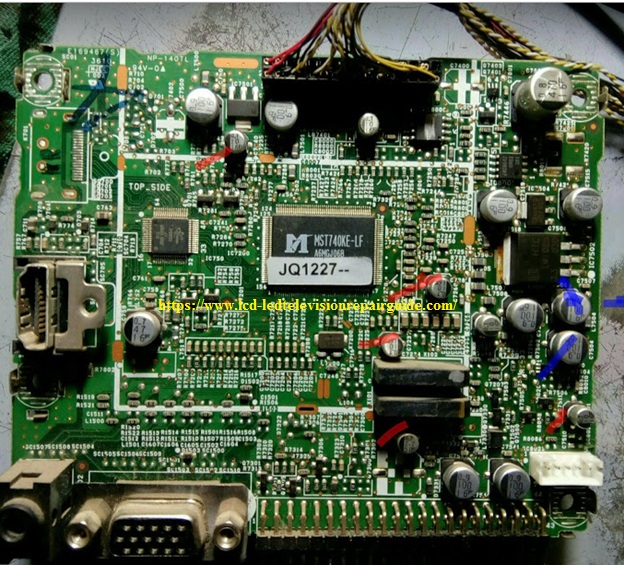 I replacing the caps and now it is time to re-assemble and test.

I applied the power and I noted the front led light turns green immediately and looking at the screen this is what I saw. 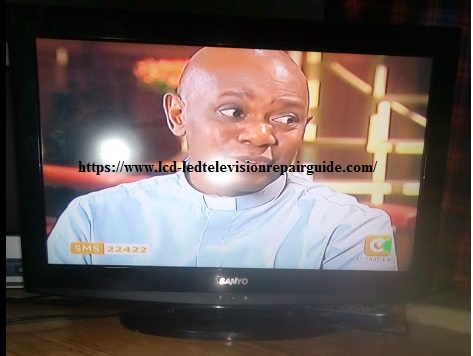 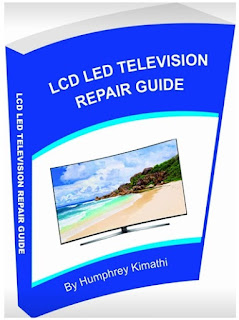