I meet a gentleman on my way to my place work and mentioned to me that he has a television which need repair and therefore I can pick it up on my way home.
I passed by his place and the television was already send to the store since he has another small size which he was now using to keep up with the news since we have elections here in Kenya around the corner.
So I had no time to test the television on site to confirm what he said was the problem, initially he has told me the television was just dead.
I took the television and within ten minutes I was in my workshop, I applied power and the television fired well but there was a horizontal line across the screen as you see below. 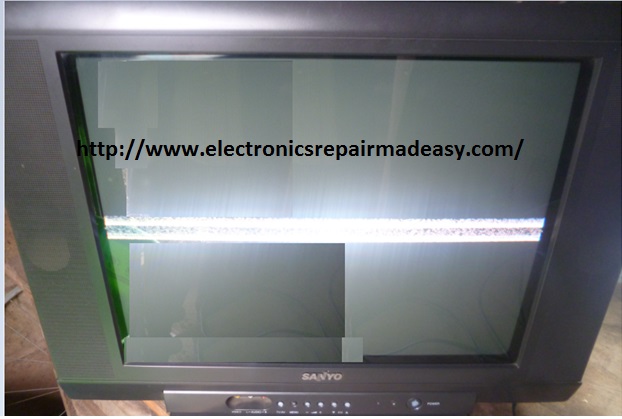 
The television was using I.C LA78040N, I scanned around this circuit and did not see any suspect, 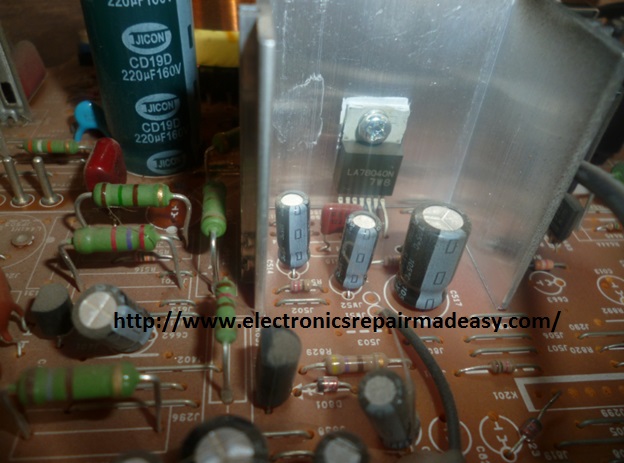 I continued scanning around the circuit and I noted a small capacitor with the top slightly swollen and I was interested to see if it is part of the vertical circuit. 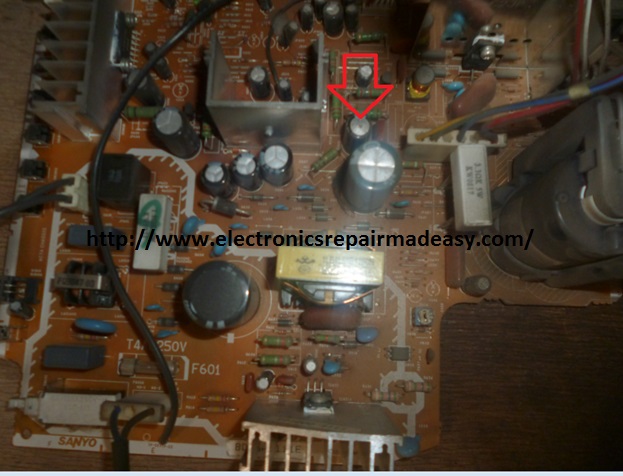 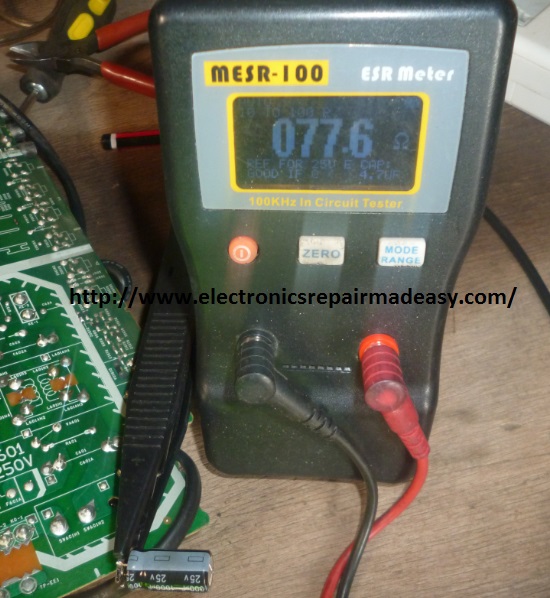 I also decided to do further test using my multi-component tester and this what is got. 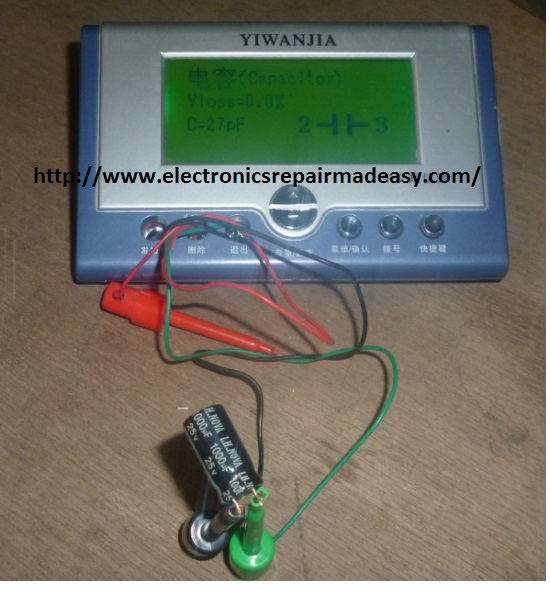 As you can see the capacitor was rated 1000uF but now it is reading on 27pF, SAD!

I replaced the capacitor with a new one rated 1000uF/50 V from my capacitor kit (120 Pcs 15 Value50V Electrolytic Capacitor 1UF-2200UFohm Assortment Kit) I have ordered online and having found no other culprit around that circuit I decided to test the television to see if the problem has gone or not and this is what I saw. 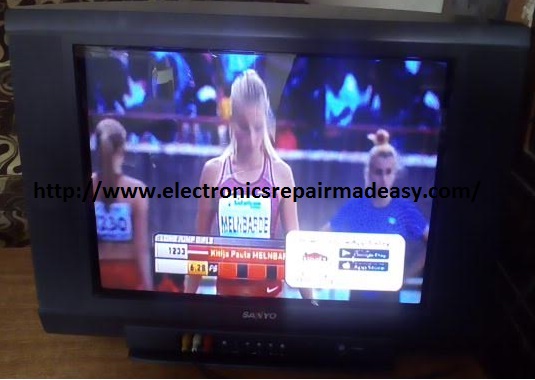