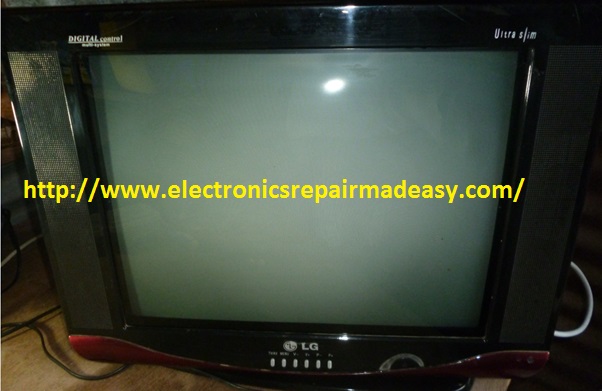 This television was from a customer I had repaired another television and was happy with my service and therefore when this other one developed a problem he requested me to fix it if it was possible.

Most customers fear dead symptom equipment but from experience dead equipment are easily repairable with main cause of dead television/equipment is power related.

Therefore I passed by his place and picked it so that I can do repair on my workbench.Upon reaching my workbench I applied the power even before opening and indeed the television was dead and no sign of life.

I opened the set and went straight to the primary side of the power supply side looking for any broken component and all looked good. I checked the state of the main fuse and it was found open but not darkened inside. 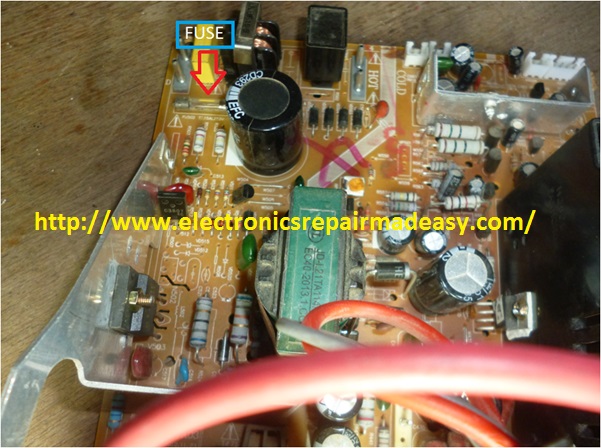 Usually when you find the main fuse is broken it is important to check if the switching transistor is shorted (or the control I.C) You can easily do this by testing across the middle leg (collector) and emitter while still in circuit.

After doing this test with my digital meter set to diode ranger I got a beep, to confirm if it is indeed shorted I cut the middle leg with a side cutter to dis connect it from the circuit.

With the middle leg out of the circuit, re-tested again and still got a beep and with this I confirmed the switching transistor was shorted. 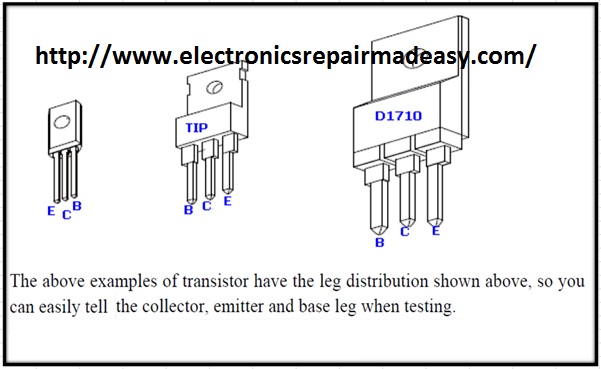 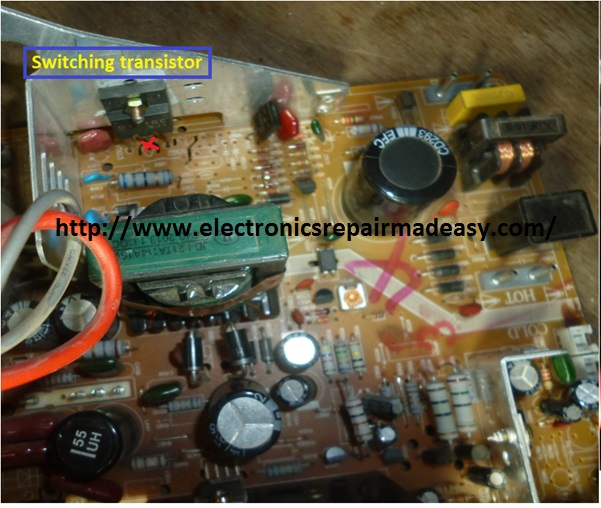 Again I tested it between the middle (collector) leg of C3807 and the emitter and again got a beep and this again confirmed to me that this transistor also is shorted and need replacement.

After replacement this I continued checked for any other fault component and could not get any.

After replacing the two transistors and the fuse, I decided to apply power and see if the television will now power up and after applying power I realized that the TV was already up and working
at May 27, 2017