I received a phone call from one of my neighbor who wanted to know if I repair bread toaster, he was right because toaster repair is not my area of specialization. 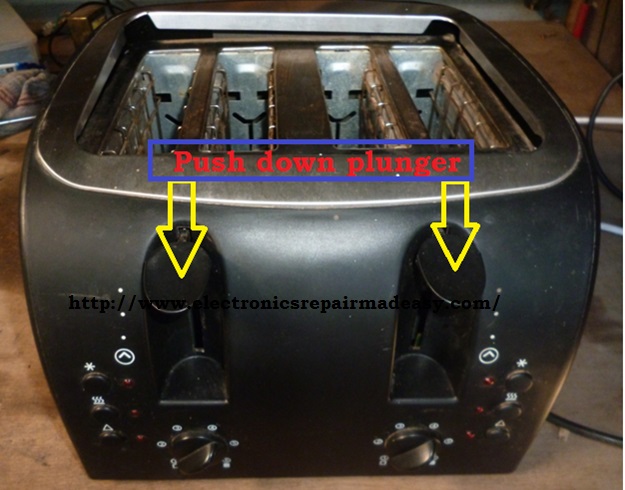 This is because I decided from the word go I will not be a jack of all trade but master of none and therefore my area of specialization is TVs, Monitors,DVDs, SMPS.

Being my neighbor I decided to see if I can be able to help bring his toaster back to life and I requested him to drop it at my place so that I can check it in the evening as I usually have another full time job.

Came evening I found the toaster already waiting for me, I applied power, pressed down the push down plunger and nothing happen.

After that initial test I decided to open the toaster, I turned the toaster upside down and found six bolts but two had security header which means one has to open using the universal security torx screw driver. Finally after opening the toaster this is what I saw

As you can see the electrical parts are basically simple which include control board, plastic bar, transformer(electromagnet), and the switch(contacts).

When the handle is pushed down, the plastic bar will press against the contacts and this will apply power to the rest of the circuit which include the transformer which when energized will act a electromagnet and hold the push down plunger down till the power is re-set again by the control board(timer).

I applied the power and pressed the both plunger all the way down and I was expecting them to remain at the bottom but moved up very fast.

This means either the electromagnet is not getting power or something is blocking the contact especially dirty(bread particles) build up on the transformer contacts.

I checked the contacts and indeed it has a very thick layers of bread particles and I cleaned them with a file carefully. 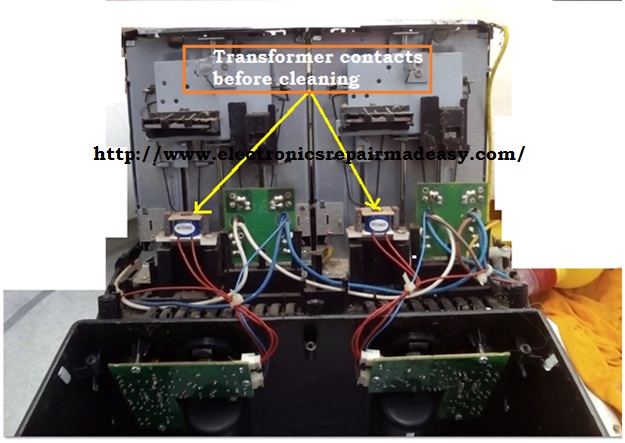 After this initial first aid and i applied power. Tested again by pushing the plunger down and this time the plunger remain down and yes the toaster is now working! 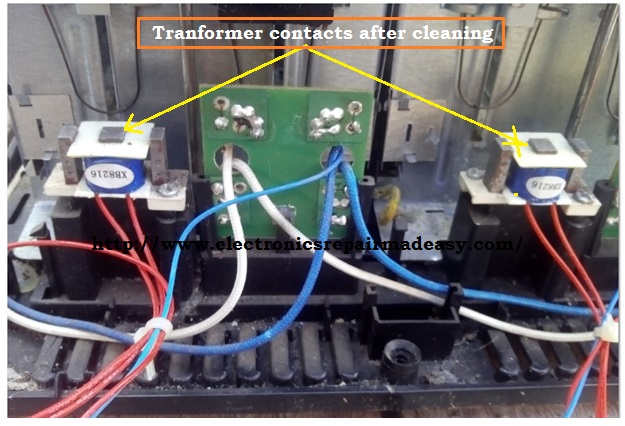 Conclusion: Toaster problems are simple and mostly mechanical and you can easily solve them if you are keep observer by using your free gift set of tools called eyes.

Email ThisBlogThis!Share to TwitterShare to FacebookShare to Pinterest
Labels: toaster