This television was brought in for repair by my neighbor, upon opening the television I started troubleshooting using the free tools of the trade (my eyes)

I scanned around the whole circuit looking for any swollen capacitor or burnt areas which is usually suspect or signs of stress in electronics gadget.

I noticed a swollen capacitor on the secondary side of the S.M.P.S (C562). Swollen capacitors are usually caused by high voltage on that line and therefore I wanted to find out which line is the capacitor filtering. 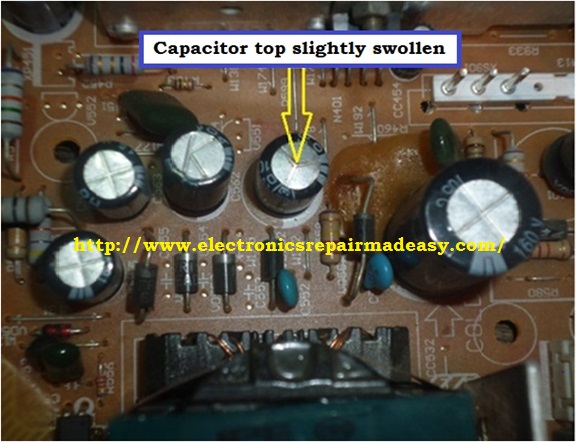 To figure out which line it being used to filter I have to get the working voltage of this capacitor, I checked on the capacitor body and noted it was rated 250Volts. 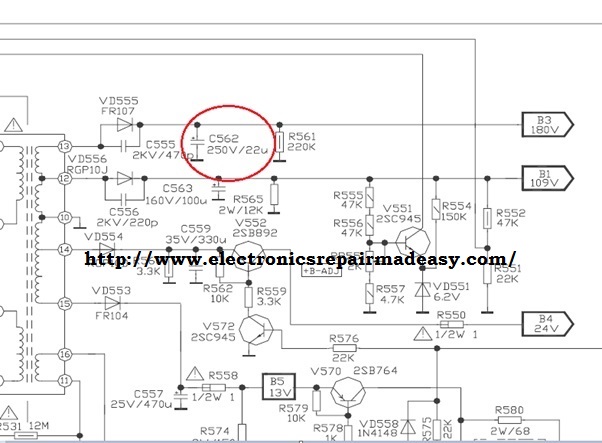 From the above circuit diagram I concluded that, this capacitor is used to filter the 180V which supply the RGB amplifier circuit, please don’t waste your time testing a swollen capacitor with ESR meter since they are usually shorted and therefore will read low ohms (good) on ESR meter but this is not true…so I advise you to change any swollen capacitor directly.

I got another capacitor with the same specification and replaced it, I powered the TV and testing the voltage on that line I was shocked to see it was 320 volts dc. Normally it should have been 180vdc according to the schematic diagram above.

I also tested the B+ voltage at the middle of the H.O.T transistor and found Zero volts, I traced back and found an open resistor in series with the B+ and I since I didn’t get the exact replacement I just used a jumper wire across that resistor.

Now I was able to get the Voltage at the middle leg of the H.O.T transistor but again it was too high, it was pulsating around 126vdc to 132 vdc.

With that I concluded that the TV has regulation problem and the best place to check is the feedback circuit.

The first suspect is the opto-isolator and the related components; I soldered it (opto-isolator) out of the circuit and tested it using my analogue meter set to the high range (10K) 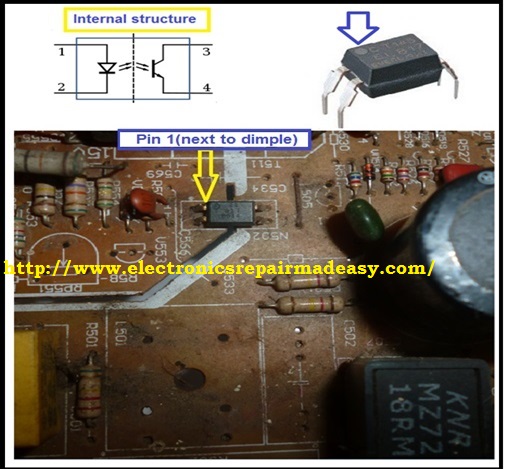 Looking at the internal structure of an opto-isolator you will notice that it is actually a diode (LED) pin 1(anode) and 2(cathode) and a transistor pin3 (collector) and 4(emitter).
So I tested the diode side and I got low and high which is okay, and testing the collector-emitter side I was expecting high both ways but I got a small kick from meter. 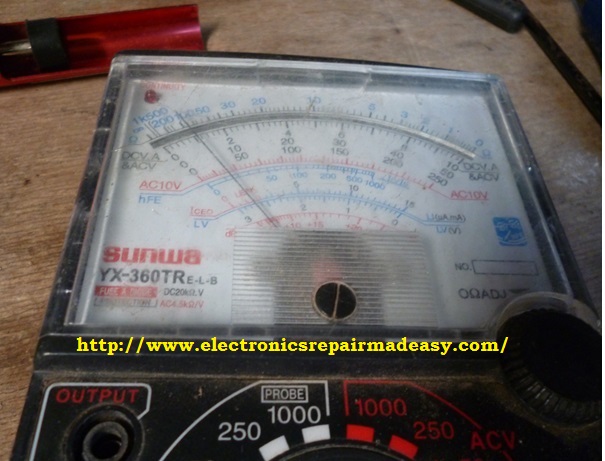 With that I concluded the Opto-isolator is faulty and replaced it with another one I salvaged from the junk board.

I powered the TV and this time the B+ has gone low and I adjusted the B+ P.O.T to 110 Volts dc, I also checked the RGB supply and it was now stable at 180 volts.

Note: sometimes the Opto-isolator may be failing under load and therefore if you experience high output from the secondary side and all components on the feedback circuit test good then I suggest you change the Opto-isolator directly. 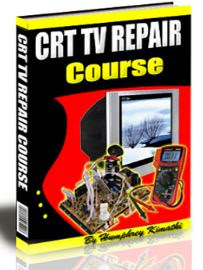