A customer came to my shop and wanted his TV checked by a technician; he didn’t come with the TV so I had to accompany him to his house which was a stone throw from my workshop.
Upon reaching his house I found the TV was already open, he was trying to fix it by himself and being a soldier I think he assumed the by fact that his TV refused to work was a criminal act and therefore he wanted to do some investigation.


After failing to get the suspect is when he called me and therefore I had to start my own investigations, I applied power and I could hear the TV fire up (high Voltage) and then shutdown.

I didn’t carry with me any tools because I was not intending to do the repair on site and so the only tool I had was the screw driver he was using.

First I wanted to know if the main capacitor is discharged and therefore I placed (shorted) across the main capacitor with a screw driver and I saw a ball of fire and the soldier stepped back two steps, I guess that is how they are trained to take cover.

After that I requested him to take it to the workshop for further testing and he has no problem with that, he even gave me company to the shop and on the work bench I opened the set and did a thorough re-soldering of any dry joints on the entire board (this I always do as a first aid to any equipment which come to my shop and is over 5 years old).

After the first aid I applied power and this time the television never shut down, i checked the screen and I got a very bright line across the screen (horizontal line).

With that I concluded that the TV has a vertical circuit problem, did I say vertical problem? Why call this failure vertical problem when the line is horizontal? This is a common question to new technicians.

To explain this let me say that the work of the deflection circuit is to open the screen vertically and horizontally. 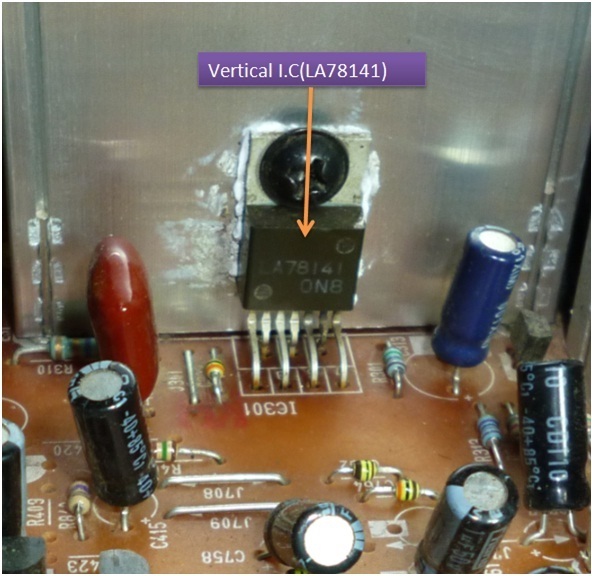 I went straight to the vertical I.C (LA78141), scanned the entire related components of this circuit but I could not get any suspicious component as far visual inspection was concerned.

Therefore I pulled my ESR meter and started testing all the capacitors on this circuit.

I bumped on two capacitors whose ESR was completed out of range.C307 rated 100uF/35V had 25.7 ohm, the normal should have been less than 0.5 ohm 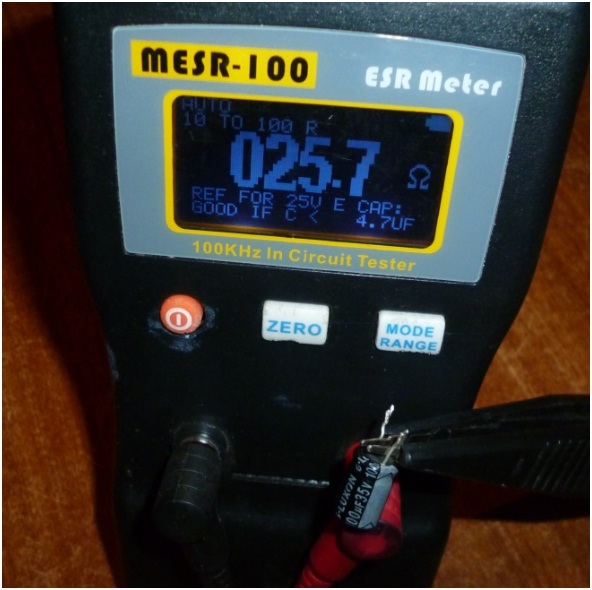 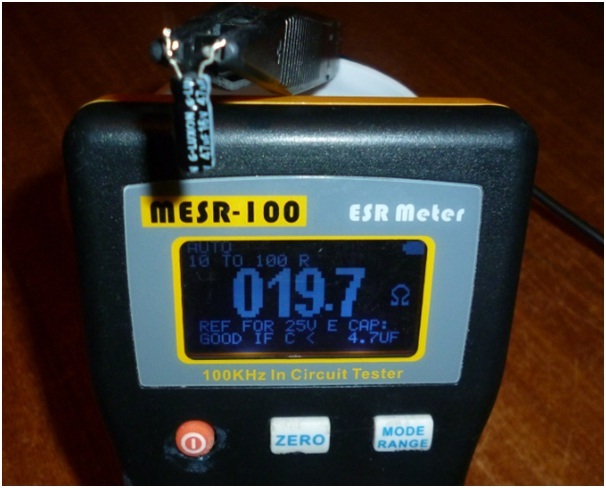 Below you can see the actual circuit diagram of this circuit and from it you can how important these capacitors are. 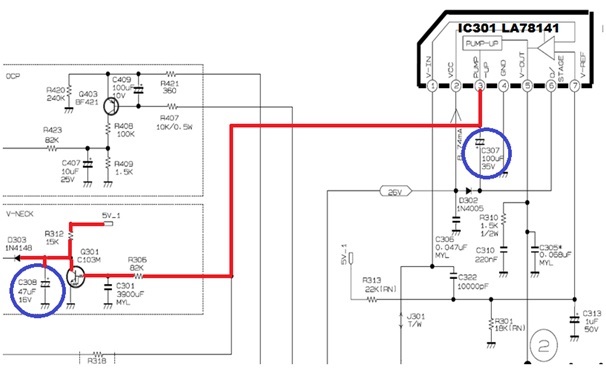 After replacing the two capacitors, I had no doubt in my mind that I have solved this problem one touch.
I applied power to the television in confidence for the easiest repair of the season...I had already told the owner to collect his TV the following day and therefore he was there waiting for me to perform the magic.

So after making sure everything is okay and I applied power and I heard the fly-back fire which is good sign to any technician.

I turned the other side to see the screen and I was a frustrated man, the TV decided to let me down in front of the owner.

The only improvement I saw was that the line was now brighter and very clear.

I switched off the TV immediately and disconnected power from the socket, I touched the vertical I.C (LA78141) and I noted something funny, the I.C was very cold.

Usually if the I.C is working, it usually gets warm if not hot but in this case the I.C was very cold.
I remembered being cold is a sign of something which is lifeless and I assumed that this I.C has no life in it.

I checked the supply to this circuit and found it was normal (26 volts Dc on the both sides of diode D302. 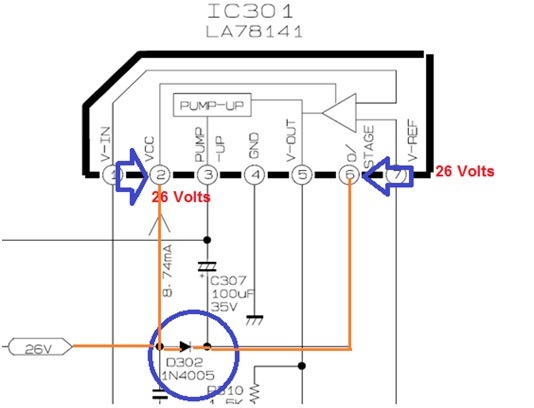 So I went to the shop  to buy a replacement and I was late in town and by the time I was back in my shop the owner was already there coming to check on the progress of his machine.

From the look of it I could tell that if this machine will not work this time, he was going to try another technician.

I removed the I.C from the package and began to install it and within few minute I was done and it was time to test again.

I was also not sure what to expect and therefore I applied power and this time I did not even hear the fly-back fire.

I checked on the screen and to my surprise it was now full, the owner was very happy because he was on a two days off duty and wanted to leave his family with the TV working.

I quoted to him the price and he has no problem to pay because he has seen for himself new component which was installed and the TV worked.

That’s all for now guys