This television belong to a colleague, he informed me about his Television which he suspect was hit by power surge because there was power blackout in his area and when power was restored he switched on the television and was not working.

Usually equipment hit by power surge is easy to fix and therefore I passed by his place in the evening after work and upon opening the set I went straight to the safety components and I started by testing the condition of the main fuse.

Testing across the fuse I got a beep, I was not expecting that but in electronics we deal with facts and therefore this is the truth.

Next I checked the health of the surge limiter and again to my surprise it was also okay, with this I concluded one thing....there is no shorted component on the supply. 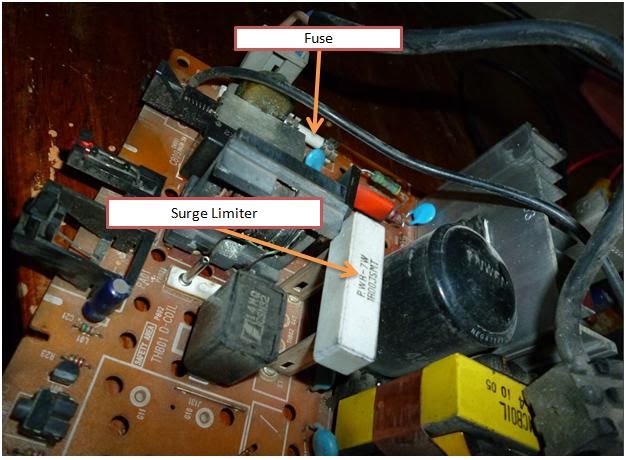 So what is blocking the power then? I started scanning the primary side components for any sigh of stressed components.

Usually when component fail due to power surge you can see marks on components body which have failed. So I started scanning the primary side components and I noticed the main capacitor rated 220uF/450V was swollen slightly at the top as you can on the picture below... 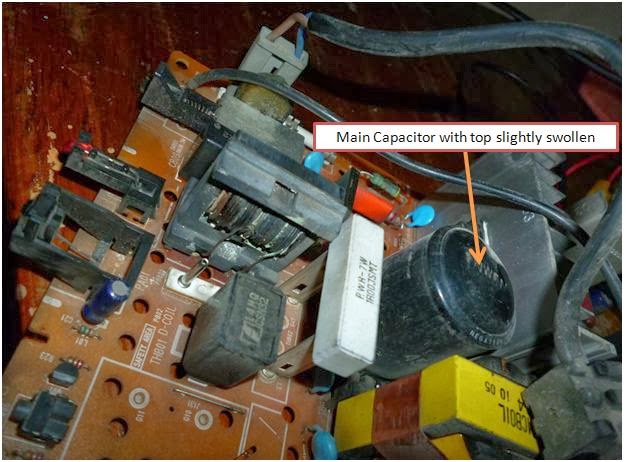 I continued scanning for more culprits and now my attention was drawn by burnt marks on the inductor which is part of the E.M.I circuit.

This component rarely fails and I did a test for open using my meter and i found one line was open circuit.
This explain why the fuse and the surge limiter was not open is because the component opened first and therefore cut off the supply before doing more damage to the supply. 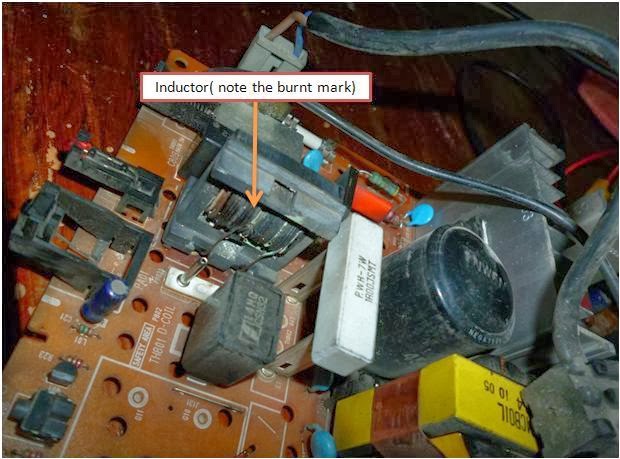 Getting this component (inductor) for replacement was not easy and checking around my junk board I found any old board of IBM CRT monitor which has a clean one and installed it on this TV.

The board after installing the two components, please note that the new capacitor seems smaller than the original one, this is because the new capacitor is rated 400Volts and the previous one was rated 450 volts but the capacitance were the same 220uF. 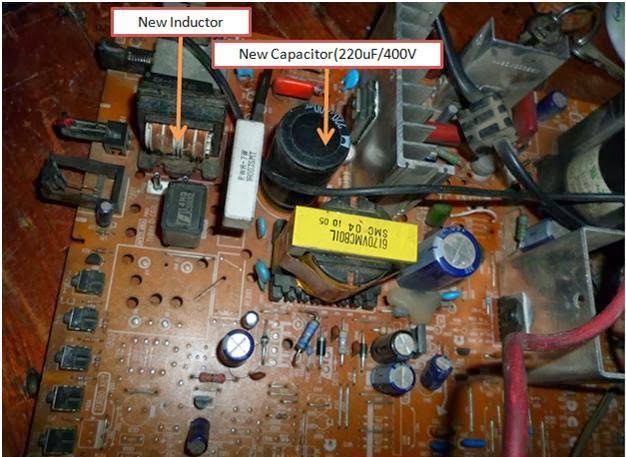 I also installed the main capacitor and after doing few test on other components and realised they were okay went back to the owner and re-installed the board to the tube and after applying power the TV was back to normal.