Question about fly back tester

I have received several emails from technicians who use fly back tester to test the fly back and get good results but still the fly back is faulty, listen to this conversation between me and Mr. Daud Asi from Pakistan.

Daud: I have a problem in IBM G54 model OAN 6546 with power blink symptoms I checked all components in B+ circuit, fly back, BUCK FET and other components are quit ok. Kindly help to release me from this tension because there are 2 more monitors of same model also laying with the same fault.

Humphrey: This problem does not point to a particular circuit block, but most likely it can be caused by a shorted component or breaking under load.
First be sure you have re-soldered all dry joints on the board, then test all the secondary output lines across any secondary diode and you should not get two readings on any of them.
Substitute the B+ load near the FBT and see if the bulb is steady. If the blink is gone means the problem is after the FBT (or even the fly back itself can have internal problems which the FBT tester cannot detect or the surrounding components)

Daud: I have solved the problem. The fault was in FBT. I checked FBT with FBT tester, it showed good condition. I had a working monitor of same type and took out FBT and installed in faulty monitor, it came in life again.  Now there is a question that FBT tester passed component OK but why it did not work?

On the side of the fly back tester showing its ok...this is because the fly back tester only test the health of the primary coil of the FBT or maybe the FBT is failing under load and that why it was not able to pick it up... all you all I think now you have learn a lesson that sometimes only substitution is the best to isolate the problem whenever in doubt.

Again listen to Jorge from Belize on the same topic…

Jorge: I checked the pin1 to pin2 with Blue Ring Tester but it is giving me full blinking lights, however this same meter gives me full stable lights when I check the primary of SMPT. Any help if possible?

Humphrey: Component that can short on that line are very few...and the way you put it it’s like the short is after the fly back..This includes the yoke (horizontal). Dis-connect the yoke connector at the circuit board and test again...short gone? Just follow that line removing one leg of the component at a time until the short disappear...Very few components though  or… could it be the culprit is the FBT itself...I smell a rat here….

Jorge: Thanks for the tip on smelling a rat. I opened the FBT and what do you know, it is leaking all inside. I went to an old TV repair shop and got a used replacement. And you know what? I like what my ears heard.. And I had to adjust focus and brightness a bit and I like what my eyes see. Thanks

Conclusion: if you have any experience with your fly back tester I would like you to share with us. 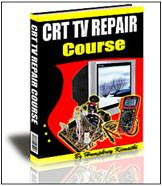