One of my latest customer from Ghana Mr Aboagye Kwasi defied all the odds to have CRT Television repair course on his work bench, it all started when he inquired from me other options of paying for the book apart from PayPal which is not covered in Ghana.

So I suggested he can use western union or money gram agent near his home town, after checking out for the facility he realized that western union is there but does not accept sending money out of the country, only receiving.

So what next now, okay he has a visa card but when checking out he realizes that my online e-comerse agent has not included Ghana on the list and therefore he can not use his visa card to pay.

At that point he took a break, two days later he came with another option, according to him he has already bought testing electronics components by Jestine Yong(both books go for the same price), so he figured out, Humphrey suppose you talk to Jestine Yong and I pay for the testing electronics components again and in return I send him the CRT television repair course.
I presented his request to Jestine and he agreed but on condition that the gentleman support the claim that he has already bought the first book and the Gentleman passed the test with flying colors.
To cut the story short the Gentleman succeed and here is his feedback after receiving the book hardly 24 hours later. 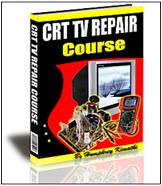